KTM(KTM 125 DUKE) Sport motorcycle AG is an Austrian motorcycle and sports car manufacturer. Pierre Mobility AG in collaboration with Bajaj Auto owns the company. KTM AG was formed in 1992 but has its traces from 1934. KTM Group is a branch manufacturer of KTM AG. It made a good number of motorcycles in the past.

An Austrian Engineer Johann Hans set up an automobile repair shop in Mattighofen in 1934. Gradually, he started selling DKW motorcycles and Opel cars in 1937. The name of the shop was Kraftfahrzeug Trunkenpolz Mattighofen, which was unregistered. This was the time when the Second World War happened. His wife was in charge of the shop that was running very successfully because of diesel engine repairs. 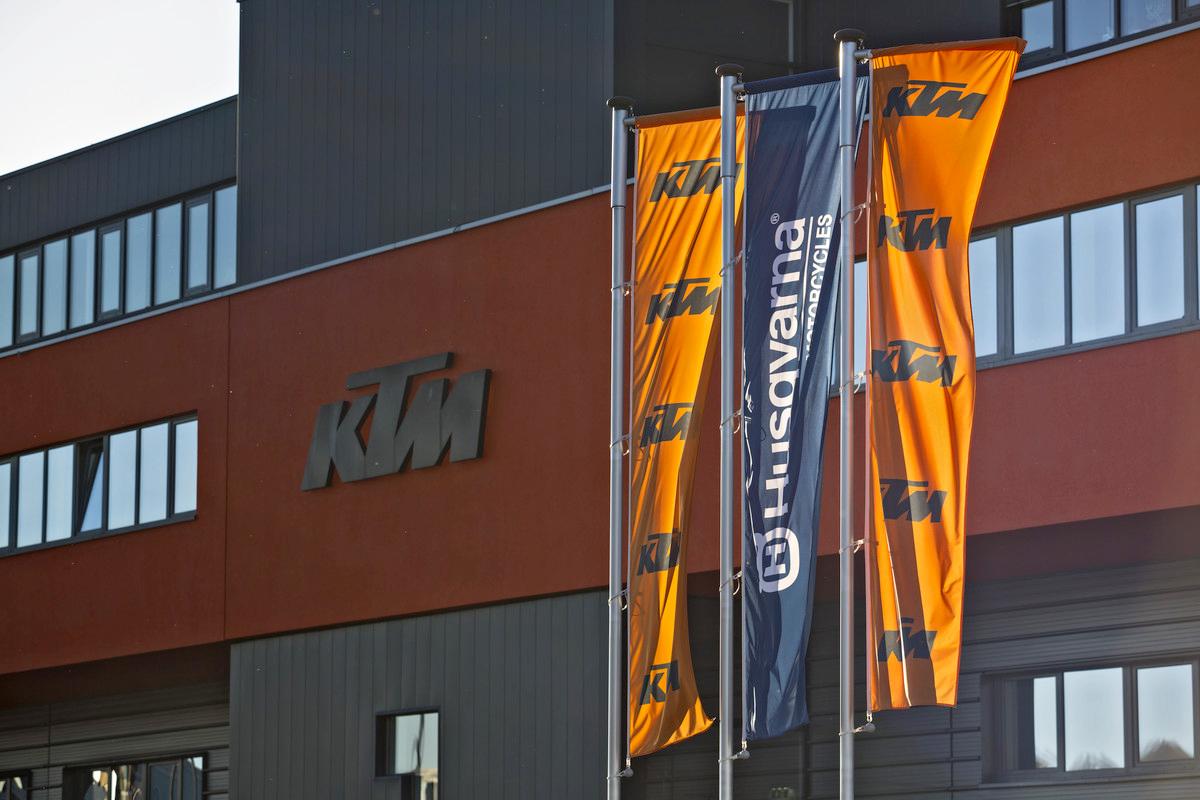 After the war, the requirement for repairs declined and Trunkenpolz thought of producing his own motorcycles. They built their first motorcycle in 1952. Production of the motorcycle was in his house, except for the Rotax engines by Fitchel& Sachs. Large production of the R100 started in 1953. A group of 20 people made 3 motorcycles per day.

The company registered and renamed as Kronreif & Trunkenpolz Mattighofen in 1953. Ernest Kronreif was a shareholder of the company by then. The company made their next motorcycle, R125 Tourist, in 1954 followed by the scooter Mirabell in 1955. KTM made its first appearance on the International six days trial.

It made its first sports motorcycle Trophy 125cc in 1957. KTM manufactured and offered 42 different models. In the 1970s and 1980s, KTM started producing motors and radiators, which were sold largely to European car manufacturers.

They founded the US branch, KTM North America Inc. in Lorain, Ohio in 1978. They again changed the company name in 1980. This time, the name was KTM Motor- Fahrzeugbau KG. The KTM grew into a company with over 700 employees and a turnover of 54.5 million euros. However, the turnover sank. The company had to stop production in 1988.

Erich Trunkenpolz, son of Trunkenpolz, died in 1989. Australian investment trust GIT Holding bought 51% share in the company. But their attempts to save the indebted company were unsuccessful. So, a Consortium of creditor banks started managing KTM from 1991. The company was split into KTM Sport motorcycle GmbH, KTM Fahrrad GmbH, KTM Kubler GmbH and KTM werkzeugbau GmbH.

It has got an all-new split trellis frame and sharper body panels. The front looks stylish with LED DRL in its headlamp unit. The update includes a new EP suspension. The revisal of ergonomics provides more comfort. The 2021 KTM DUKE 125 is available in two colour variants, electronic orange and ceramic white. 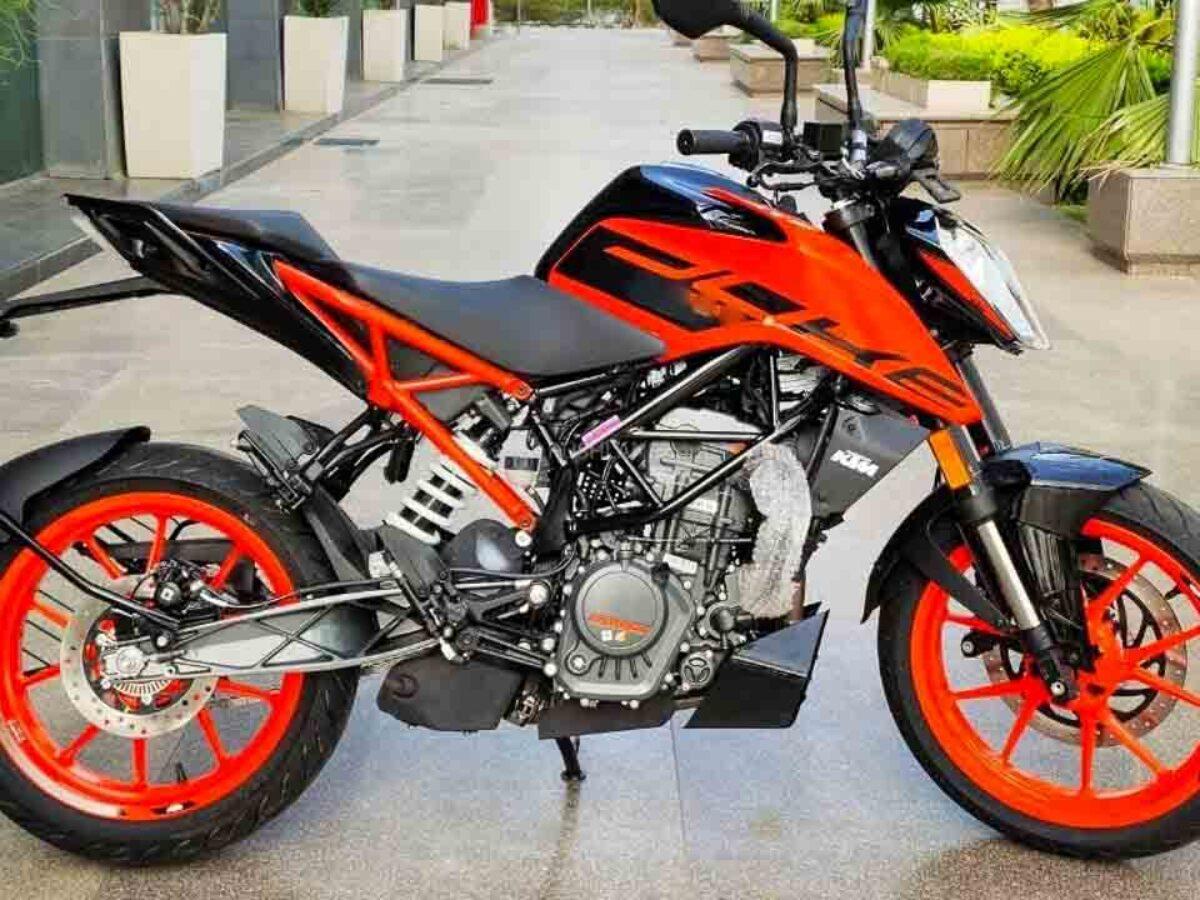 A 124.7 cc single-cylinder liquid-cooled engine powers the new KTM Duke 125. The engine gives a power of 14.3 bhp and 12 Nm of peak torque. With a power of 11kW, it is apt for an entry-level bike. The engine mates to a 6- speed manual gearbox.

The ingenious intake and exhaust system, 33 mm throttle body and fuel injection system, makes these two stroker one of the best in the affordable range. The lightweight compact engine gives a good punch too.

The two overhead camshafts and ultra-hard, carbon coated cam followers operate the four valves in the cylinder head of the new Duke 125. This results in a long-lasting engine that produces next-level power. The state-of-art injection electronics, intricate engine and 6- speed transmission help to lower the fuel consumption.

The regulated catalytic converter produces minimal emissions even at full throttle. The precisely designed lightweight exhaust system consists of a side exhaust, link pipe and silencer. The positioning of a three-chamber silencer improves balance, delivering smooth and instant power. 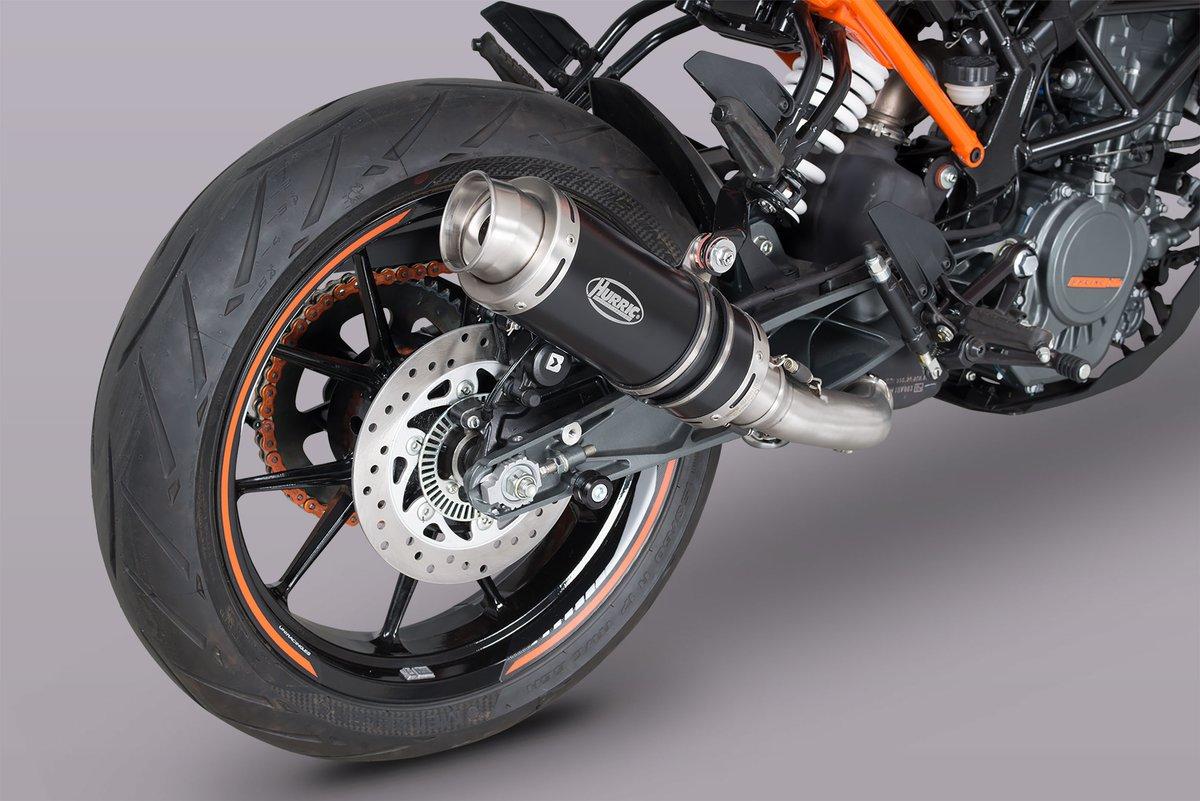 The 110/70 R17 section tyre at the front and a 150/60 R17 section wide tyre at the back also adds to its balance. A BYBRE braking system with advanced ABS provides firm controlled, stopping power.

The bike comes with ultra-lightweight, high-performance upside-down WP forks. These forks are easy to maintain and are perfect for all types of riding. The progressive 162 mm spring allows the DUKE 125 to perform well in any environment. As the preload is adjustable, you get a well-balanced suspension in almost all the cases (solo or two/ luggage or no luggage/ on-road or on track).

The KTM 125 DUKE is the first 125cv motorcycle to provide single-channel ABS as safety equipment. In the front, DUKE KTM  has a halogen headlamp and an LED tail lamp at the rear. The instrumental cluster is fully digital.

As mentioned before, the KTM 125 Duke price starts at Rs.1.5 lakh. It comes with a standard manufacturer warranty of 2 years.

Another added advantage of spending Rs.1.5 lakh for the new 2021 Duke 125 is the power parts from the KTM showrooms. Some of the available power parts are,