The Indian automobile market has changed a lot in recent years. The market is now primarily driven by Best Compact SUVs. The comfort and spacious interiors make SUVs popular in the Indian market. However, the giant SUV seems very expensive for middle-class Indian families. So, companies have come up with the idea of compact SUVs that are affordable and excellent in terms of performance. The Covid 19 pandemic badly affected the launch of automobiles in 2020. Still, we had pretty good options like Hyundai venue, Kia Seltos, Maruti Suzuki Vitara Brezza. Here is a list of the top 10 compact SUVs that you can buy in 2021.

Mahindra introduced its new model of the popular SUV- Thar in 2020. The carmaker is now set to make a major launch in 2021. Mahindra is launching the fourth edition of its popular car Mahindra Scorpio around April 2021. The name of the car is Scorpio Sting or the Sting.  The new generation model Scorpio is expected to be bigger in terms of size. The spy photos of Scorpio Sting hints a bigger footprint and 5 slot grille. The car is conditioned on an advanced ladder-on-plane platform. One of the major features will be the addition of turbocharged petrol and diesel engines. The new model will also have a 6-speed manual transmission. The expected price of the all-new Mahindra Scorpio is around 9.5 lakh to 15 lakh. The new Mahindra Scorpio will compete with the likes of Hyundai Creta, Nissan Kicks, Maruti Suzuki S-cross and Kia Seltos.

Mahindra is launching the second generation XUV500 in January 2021. The upcoming compact SUV in India comes with exterior and interior updates. The first set of smiley images of the car indicates 12 illusionary approaches in design. The All-new Mahindra XUV500 might have a wider front grille with vertical chrome grille slats. desi we will have newly designed alloy wheels, bumper and tail lamps. It will have a 2.2 litre 4 cylinder diesel engine and a 2.0-litre n Stalin petrol engine that is similar to the one used in the Thar. The expected price of the new compact SUV in India is around 13 lakh.

Tata HBX will be one of the best compact SUV in India. The upcoming model is based on the concept of a micro SUV. It is to be built on ALFA modular platform like the Altroz hatchback.  The car will be launched in June 2021. The latest images of Tata HBX indicate the use of a set of split-four-spoke dual-tone alloy wheels of 16 inches. On the exterior, it has a boxy design and is a split headlamp setup. The HBX comes equipped with cruise and climate control, keyless entry, ABS with EBD and dual airbags. It could have a 1.2-litre petrol engine used in Tiago. Tata HBX is lined just be now Tata Nexon. The expected price is around 4.5 lakh to 7 lakh. 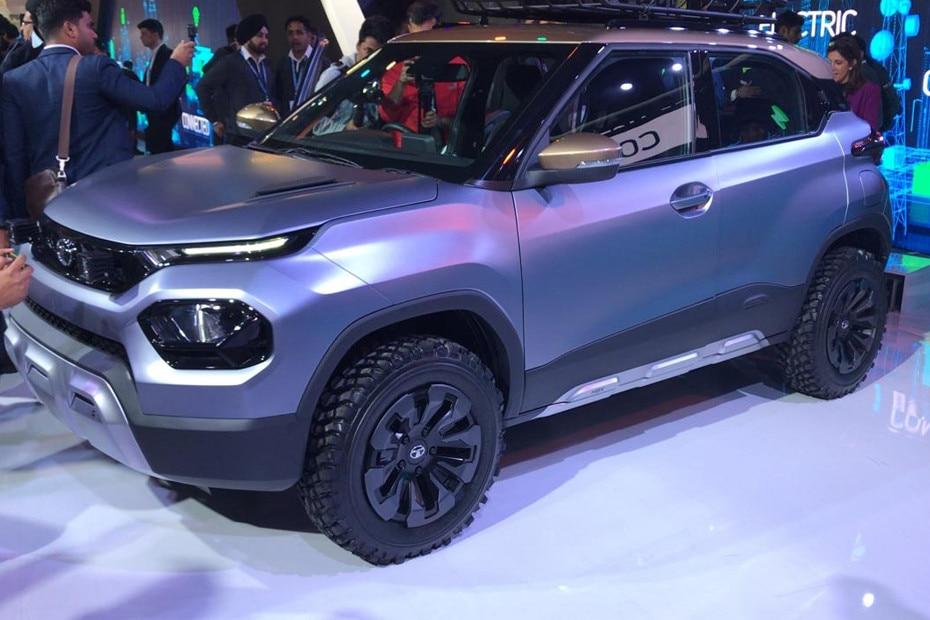 Nissan is ready to enter the war of compact SUVs with its new compact SUVs launch in India in 2021. It is designed with a 1.0 litre 3 cylinder turbo petrol engine. The exterior has sculpted bodyside cladding and square wheel arches. The Japan-based company has revealed that Nissan Magnite will have a ground clearance of 205 mm. In the interior, the carmaker has included leather-wrapped steering wheels and spacious seating considering cockpit comfort. Are expected to be the most affordable model in the SUV compact category launched in India. The expected prices around 5.8 lakh to 8 lakh.

The new compact SUV from Renault will be launched in the Indian market by March 2021. It is very similar to the Nissan Magnite. The compact SUV gets a ball appearance with its signature front grille and sleek headlamps. You can spot large 19-inch alloy wheels on the sides from the spied pictures  C shaped LED tail lamps and a butch bumper adds to the beauty of the rear design. Renault will offer two 1.0 litre petrol engines. The features might include a digital instrument cluster, cruise control and keyless entry with push-button start. It is expected to have ABS and EBD, 4 airbags and rear parking sensors for security. The estimated price of Renault Kiger in India is around 5.50 lakh. Renault Kiger will compete against Kia Sonet,  Ford Ecosport, Tata Nexon and Mahindra XUV. 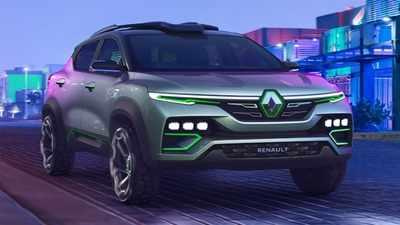 Volkswagen India is launching its new compact SUV in 2021. The name of the SUV is Volkswagen Tiagun. Tiagun will be based on the VW’s MQB A0-IN platform similar to the one used in Skoda vision IN. The design styling is inspired by the T cross. The interior might has a 10.1-inch touch screen infotainment system. The German-made XUV is expected to have features like LED lighting, connected car software and ambience lighting. Taigun will compete against Hyundai Creta and Kia Seltos. The car is priced around 10 lakh.

Skoda will globally launch its new compact SUV model in March 2021. The name of the car will be revealed in January and it was likely to be named Kliq or Kosmig. It is built on VW’s MQB A0-IN platform. Skoda will offer turbo petrol engine options in the new SUV model.-110/PS/175Nm 1.0-litre TSI engine and a 150PS/250Nm 1.5-litre TSI engine. Both the petrol engine variants will get an automatic transmission and the 1.0-litre engine might have a manual gearbox as well. Dimensions of the car are expected to be 1589 mm height, 4256 mm length and 2671mm wheelbase.  The competitors of the Skoda compact SUV will be Hyundai Creta, Kia Seltoz and the upcoming Volkswagen Tiagun. The estimated price of the car is 10 lakh.

MG Motors is planning to launch a new Compact SUVs model after the success of MG electric ZS. The new one will have a sharper look with angular headlamps and revised tail lamps. The spy images of the car indicate the presence of a panoramic sunroof. MG ZS  will be available with 3 engine options depending on the market. There will be a naturally aspirated 1.5-litre petrol engine and 2 turbo petrol engine units. 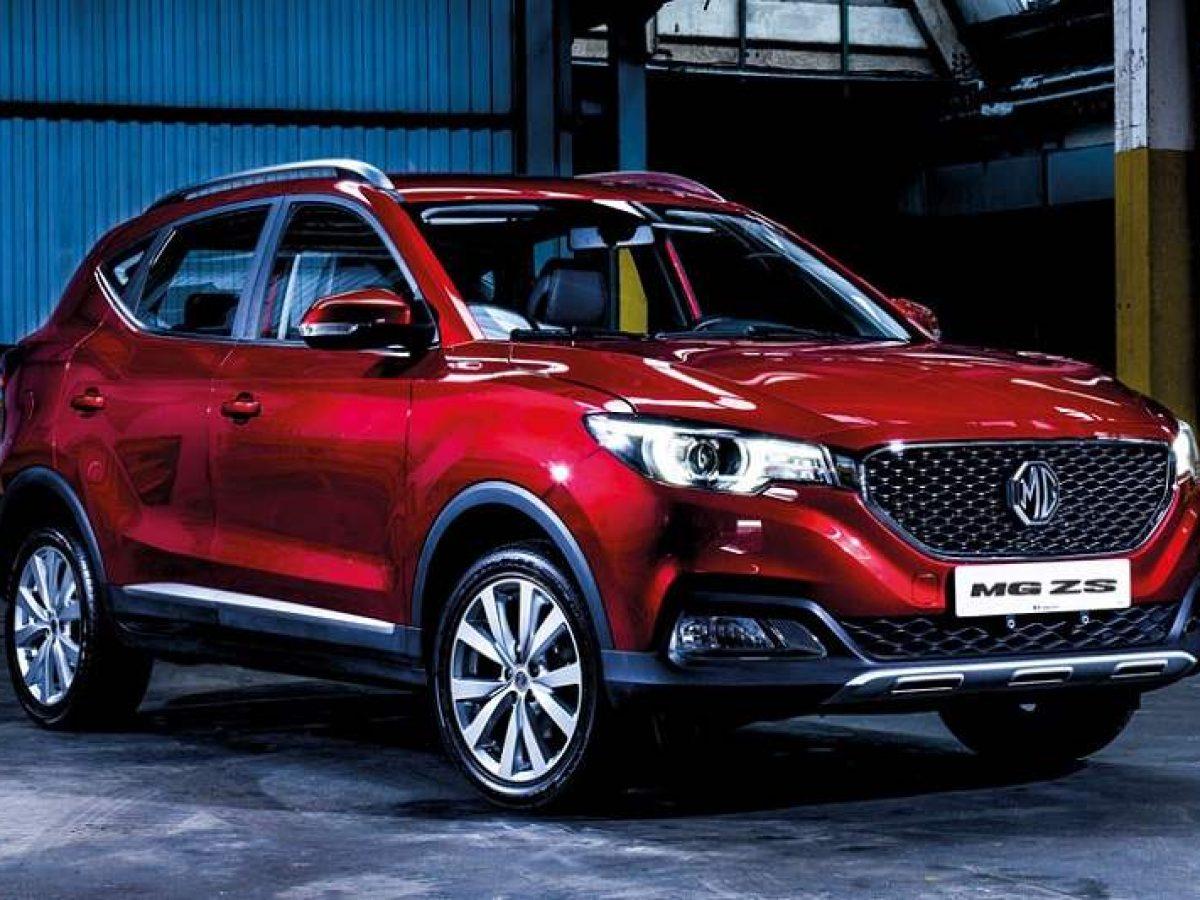 Since it is smaller in design, the car is placed below MG Hector in the lineup. MG ZS is already launched in the international market and is expected to be launched in India in 2021. Features of MG ZS include the signature honeycomb grille, LED headlamps and DRLs. It also has diamond-cut alloy wheels of 17 inches. The car is equipped with safety features like ABS and EBD and airbags. The price of MG ZS is around 10 lakh in India. 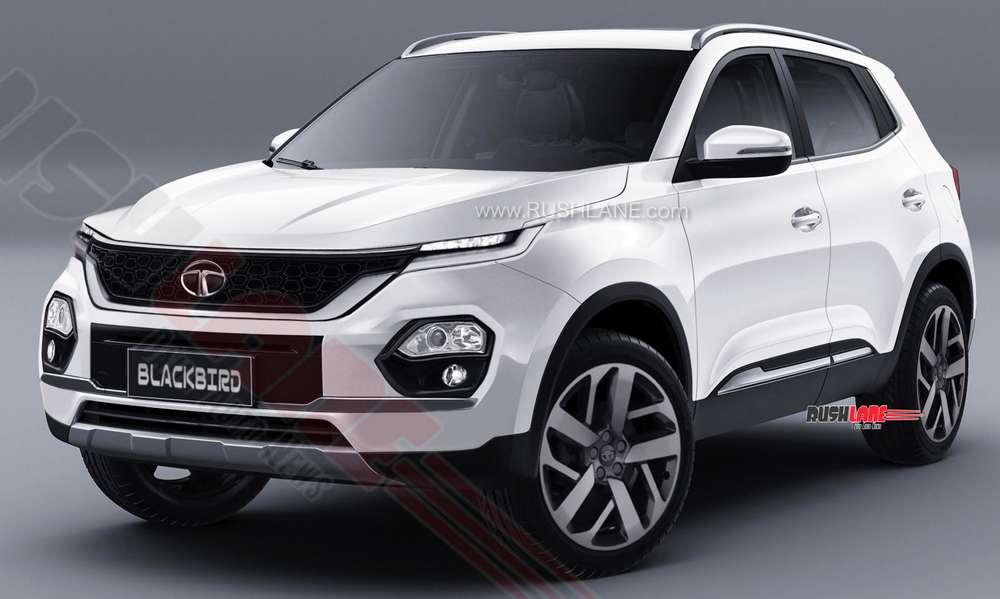 Citroen C21 is PSA group’s first made in India model. The new compact SUV model will have the family design of Citrozen. It will be powered by a 1.2-litre turbo petrol engine. It is built on the Groupe PSA CMP platform. This platform is compatible with hatchbacks, sedans and SUVs. The product launch will be in 2021. Citroen C21 will compete against Mahindra XUV300, Tata Nexon, Hyundai Venue and Ford Ecosport.

Will Honda Launch its City RS Hatchback in India?