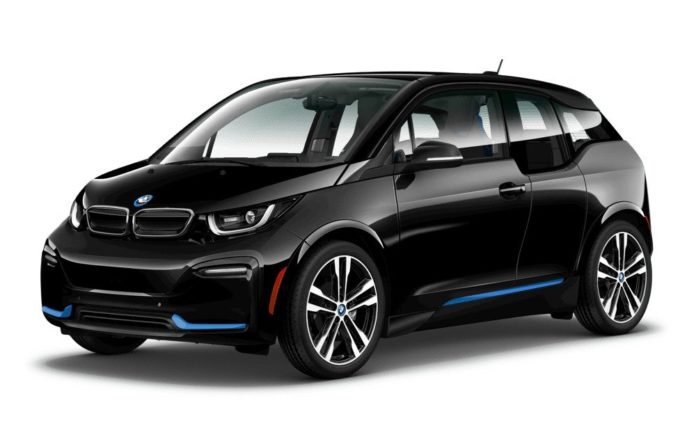 This car runs using electrical energy stored in the engine that converts it to mechanical energy while you drive the car. These make lower emissions, and why not it doesn’t run on any fuel right, so there’s no combustion or burning of fuels to release energy also. Thus these electric cars are really good for nature as it does not release smoke but they’re quite costly in such a way that not everyone can afford it. Only a handful of society can afford such cars. And if India wants to reduce pollution then the government needs to bring these cars.

This is a nice electric vehicle that is affordable as well. This has some amazing features like a touch screen with three-dimensional navigation. A driver’s area looks just like a pilot’s cockpit and its super attractive interior makes it more appealing than ever. Who doesn’t wish to sit in a car like that! First of all, is affordable, has a touch screen that navigates you so that you don’t have to sit with a google map and end up in a disaster because you didn’t know how to use it.

Not only these it also shows you how much speed you’re travelling in and would also give you recommendations on how much speed you need to take in order to travel to that particular place. But this feature won’t work in our country I think because everyone here knows how to drive and they don’t need a car’s advice to tell them what speed to drive in. Anyway, that’s all about our Peugeot e-208 while it costs around 5 lakh that comes to the same as your Santro car.

This electric car is called the French version of a supermini which relates to a British car of very small size and has a lithium battery. It’s priced at around 8 lakhs and it’s one of the best selling cars since its unveiling in France in 2012. It was not only the best selling car in Europe but also topped in the number of Renault Zoe cars that were sold in Europe. Renault Zoe car was in the three finalists for the World Green Car of the Year. It had three types of batteries, the first being the first generation battery, then the second generation battery and the last being the third-generation battery.

It has electric windows in the front, has LED headlamps or headlights and also has fifteen-inch tyres which give it that giant look for which all of us might fall into buying it. Did you know it has an Apple Car Play wherein it shows the directions, helps you play music and many others? It also has this temperature detector which tells you the temperature outside and also gives you an ice warning.

The Volkswagen is more preferred over Skoda’s electric car because it has a slightly better and playful style that makes it more appealing and the other reason being that it was created and brought into the market first. It is the smallest electric car and it kills the new identity range as it was revised in 2020 with a new better and huger battery that gives one hundred and fifty-nine fewer emissions each mile.

This car comes with the newest and best benefits as the lane-keeping area or mechanism has a camera, the lightly made or simple but airy insides of the car makes one really happy to sit inside it. It’s best for short distances and has quite a good speed. Its price varies but is lesser than that of Skoda’s car and that’s where it hits the chord and throws that car out of the league. Well if you’re really interested to know its price then I must say it costs just four lakhs lesser than a Santro.

This electric car can be called the king of all cars as it costs around one crore. Okay, so this ain’t affordable type for most of the people in any society until it’s a very rich society. It is really interesting and to the point that whatever one sees is its characteristics that are quite genuine. And what is interesting is that it has fifty-watt energy to charge itself to that limit and what more can you expect with this high price that it has to be bought for. It has an easy driving idea and nice controls that give you a really smooth driving experience.

This mini electric has been the favourite of all even before its release, as the way in which it has been designed is just flawless. It has waited for a long for its release and now that it has come to the markets it did take the people by its style. Mini has a mini shell of a body and has three doors and is a subtype of the BMW i3S and costs around twenty to twenty-five lakhs which means that it’s only small but is bigger than any car ever in terms of its price. It does have seats but it’s difficult to sit on them by adults and could only be used by small kids because mini cars make them feel like they own them so it’s more attractive for those who have more kids and all of them like cars.

It’s a family-friendly car that can be used by families to travel. Until now we have seen all mini and fashionable electric cars right but now it’s time for the family to take charge and roam in the electric cars. It has around sixty-four kilowatts of battery per hour so it can travel for around two hundred and thirty miles in a single time of charge, and what’s more interesting is that it has a tesla’s name on it. The fact as to why this car remains in the first position is because it well manages the relationship between usability and many other factors which is the most important need of the present generation.

This electric car seemed to be quite an ambitious project for its Korean manufacturer, as no one ever thought that this kind of car is practically possible. This has a good advantage as it has the power of buying a battery and what’s more interesting is that it has an electric sort of storage and that’s the main reason why it has got so many rivals on the list. It comes with a very strong accelerative show on hold. It has a small interior and doesn’t have a lot of space for the whole family to fit in yet it’s very nice to buy.

Nissan electric car is like the first-gen car that has set the mark for being the most affordable electric car for almost ten years now that has made into a decade now. When it turned into the second-gen the number of buyers was no less than the first it still remained on the top list for a long time and still sits on the eighth position of electric cars. It is also the sixty-four kilowatts per hour battery version and also has more power than its predecessors has a round shape and makes it easy for using it daily for a small family. Its interior has all the style in it though.

Let not its vintage looks make a fool outta you must say it is one of the most stylish cars in the market. It is the Chineses based company’s next investment. But then introducing this car might not be of any use because in the present situation any idea of trade with the Chinese might be a situation of protest among countries. Its most famous feature is that it can run on damaged roads quite efficiently so it is kinda good and nice I think.

This electric car comes from another French manufacturer and has taken hold of the world with its new or first-generation styling which has taken over the market due to this feature. It’s nice and charming enough to attract your attention and has identifiable styles that one cannot resist buying. The rides are quite comfortable and have very light and cool steering. It’s cheaper than our first car that means lower than 5 lakhs thus don’t hesitate to buy it because it’s a family car as well.

Now that you have known that electric cars not only lessen the fuel combustion but also are cheaper then let the wait be over and get yourselves one of them and I’d tell you that a family will be better if you have too many people in the family but if you’re a nuclear family but with more kids then this mine electric car might be perfect for you. Don’t wait, hurry and grab your booking.