The government proposed to make it compulsory for automobile companies to offer airbags for front passengers on new vehicle models. This rule might come in force from 1 April 2021. The models that are made currently will have to update according to the new rule from 1 June. The Union Road Transportation and Highways ministry released the draft notification, and the stakeholders can give their views to the proposal over the next month.

The notification read: “ Vehicles manufactured on and after 1st Day of April 2021, in the case of new models, and 1st of June 2021, in the case of existing models, shall come with airbag for the person occupying the front seat, other than the driver. The requirement for such airbag shall be as per AIS 145 under the Bureau of Indian Standards act, 2016.” The current rule that mandates a single airbag is not adequate for the front passenger safety when a road crash occurs 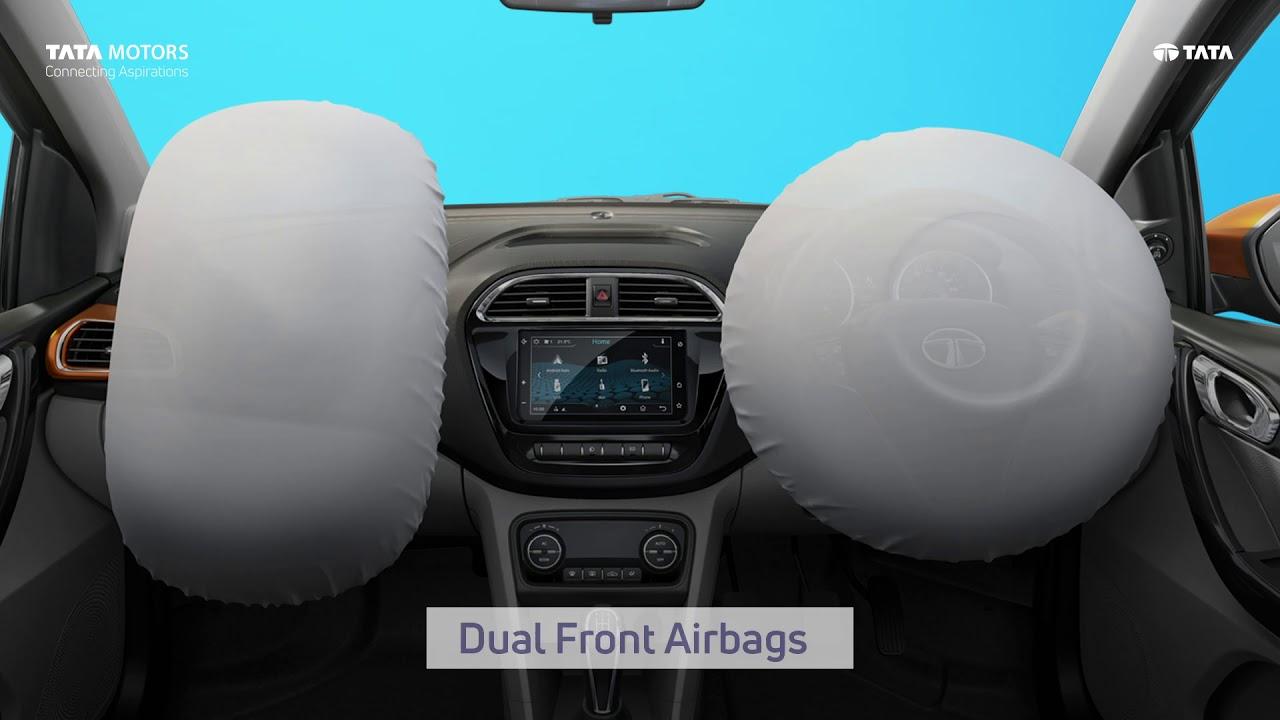 One of the senior officials revealed that the ministry discussed whether a seat belt is enough for the passenger sitting in front, or should airbag be made compulsory. The ministry concluded that airbags for co-passenger on the front seat should be mandatory. If the proposal becomes a law, the production costs of the small cars will go up. In the past few years, the government constantly urged the automakers to improve their safety features such as Antilock Braking System and driver seat airbag in base models. However, the industry executives seem quite unhappy with the time provided for the update and are also concerned about the increase in cost.

In most of the developed markets, this rule does not exist. Though the industry expected such a proposal, the automakers will surely need some time to implement it. Carmakers are already badly affected by increased commodity prices and transportation. The cost of adding airbags will certainly increase the cost of vehicles impacting the sale of lower variants.

Vinesh Gulati, president of the Federation of Automobile Dealers Association, said: ” The government step is a much-needed safety norm which India should adopt and be at par with global standards.” He further added “this will definitely increase the price of vehicles. BS6 norms have seen a big price increase, and this will also come with a price increase. We hope OEMs should absorb the major cost of input due to the second airbag as it will impact the sales in short-term”. 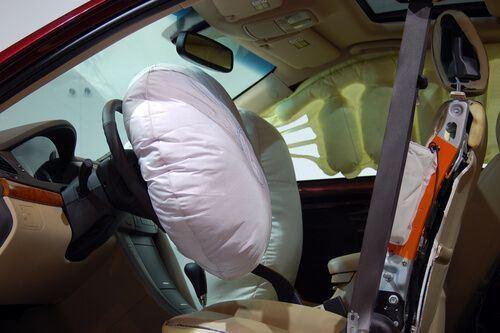 Features like speed alert, reverse parking sensors, seat-belt reminder were standard safety features in vehicles so far. But the crucial safety gear, the front-seat airbag, was not mandatory to date.

Cars in India with 6 or More Airbags

Some manufactures offer more safety features over the ones that are mandatory. Here is a list of affordable cars with 6 airbags,

Ford Figo is the most affordable car in India that offers 6 airbags. The price of the car ranges between ₹ 5.49 – 8.15 lakh. The top-end Titanium Blu variant comes with other safety features like ABD with EBD, a high-speed alert system, rear parking sensors and a reverse camera.

The current-gen i20 in the premium hatchback offers plenty of features and safety tech. The top variant, Asta trim has a driver, passenger, side and curtain airbag. Other safety features include ABS with EBD, reverse parking sensors, rear camera, speed alert system, driver and passenger seat belt. The car retails between ₹ 6.49 and 8.3 lakh.

Ford Freestyle is a crossover. The car gets most of its design and features from the Ford Figo. It features the Figo to make it look sportier. This sub-4m crossover currently retails for Rs 5.99 lakh to Rs. 8.49 lakh. The car comes with safety features like 6 airbags, ABS with EBD, reverse parking sensors, a rear camera, and many more. It also gets an additional Active Rollover Prevention. This includes Hill Launch Assist, Electronic Stability Program, Traction Control, and Electric Power-Assist Steering.

Ford Aspire comes with 6 airbags. It has all the safety features that Ford Figo offers. It includes ABS with EBD, a high-speed alert system, rear parking sensors and a reverse camera. The car retails at a starting price of Rs 6.09 lakh and the top variant with 6 airbags costs Rs 8.64 lakh.

The sub-compact from Hyundai is one of the top-selling cars in its segment. The car comes with a variety of powertrains, gearboxes and tons of features. Apart from these, the Venue comes with many safety equipments. The safety features include driver, passenger, side 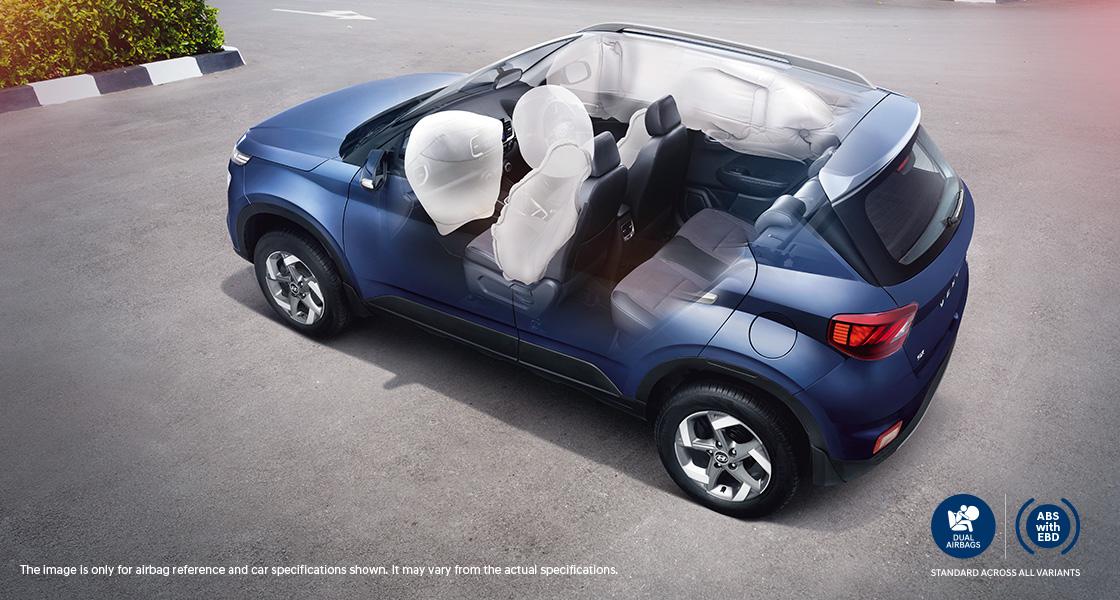 Yaris did not do well in sales but offers the highest number of active and passive safety features. Toyota Yaris is the only car that offers 7 airbags as standard from the base variant in its segment. The safety features include dual front, side, curtain and knee airbags. 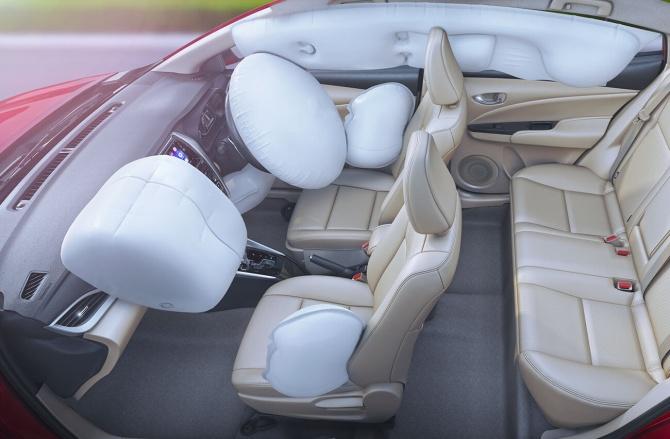