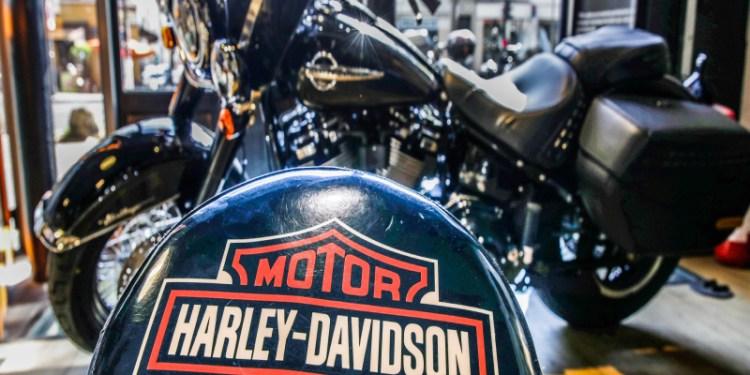 Harley Davidson is an American motorcycle company founded in 1903. The birthplace of Harley is Milwaukee, Wisconsin. It is one of the two American motorcycle company to survive the great depression. The other manufacturer that survived is the India brand.  Harley faced numerous ownership issues, financial breakdowns, and intense global competition. With big efforts, now it is one of the largest motorcycle manufacturers known for its fan following.

It all began in 1901 when the 20-year-old William S Harley drew plans for a small engine.  His idea was to manufacture an engine with a displacement of 7.07 cubic inches or 116cc and four-inch flywheels for the regular pedal-bicycle frame. He with his friend Arthur Davidson worked on the motorcycle for the next 2 years at Milwaukee. They worked at a machine shop that belonged to their friend Henry Melk.  Arthur’s brother Walter Davidson helped them complete the work in 1903. They found it unable to climb the hills without pedal assistance.

Three of them started working on an improved machine with an engine of 404 cc with 24.8 cm flywheels weighing 13kg.  It had an advanced loop frame similar to the 1903 Milwaukee Merkel motorcycle. The bigger engine and frame design marked a new category of motorcycle designs. The Moto pioneers Ole Evinrude helped them with their heavy engine. A 10ft× 15ft prototype was assembled in the Davidson family backyard. This prototype became functional by September 8, 1904, and it competed in a motorcycle race held at State Fair Park in Milwaukee. It finished in fourth place. 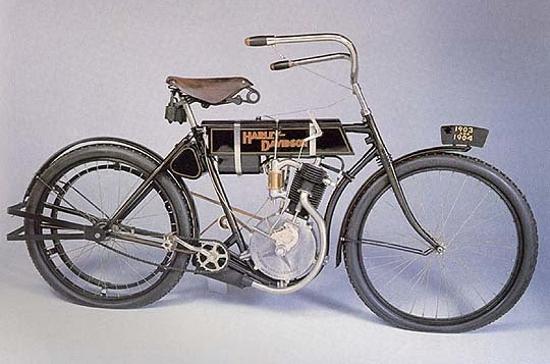 The company offered Harley Davidson engines in January 1905. Small advertisements placed in the Automobile and Cycle Trade Journal attracted motorcycle enthusiasts. The company was producing complete motorcycles on a limited basis by April. Harley Davidson dealer Carl H. Lang managed to sell three bikes out of the five built in the same year. Then they shifted the company to the Juneau Avenue factory. The factory on Chestnut Street (Juneau Avenue) is the first factory built by Harley-Davidson in 1906. The first structure of the plant was a single-story wooden building. The company produced around 50 motorcycles in 1906 at the new factory.

William S. Harley completed his graduation in 1907 centre the University of Wisconsin Madison. He graduated in mechanical engineering, and they expanded the factory with the second floor. Production increased from 50 to 150 motorcycles with the new facilities, and the company incorporated in September 1907. 19.7 William Davidson, a tool foreman for the Milwaukee Road railroad quit his job and joined the Motor company. They developed a new prototype model and,  displayed at the Chicago Automobile Show in February 1907.  The prototype had a 45 degree V Twin engine that produced about 7 horsepower.

In 1911, the company developed an improved v-Twin model with a displacement of 811 cc. The majority of bikes produced by Harley Davidson were V Twin models. Hollywood adopted by the military during the First World War. The US military purchased over 20000 motorcycles. The company produced a line of bicycles in 1917. The models included a traditional diamond frame men’s bicycle, a step-through frame 3-18 Ladies Standard and a 5-17 Boy Scout for youth. However, it was discontinued in 1923 because of disappointing sales. Harley Davidson became the largest motorcycle manufacturer in the world.

Harley Davidson mark 10 years in India in 2020. It entered the Indian market in 2009. The Harley Davidson has its plant in Gurgaon, Haryana. It was challenging for the company to enter the Indian subcontinent as India is a country with an equally strong mixture of cultures very far from the American culture. Anoop Prakash was the MD of Harley Davidson India and, according to him, there were drought misconceptions about Harley-Davidson customers in India. Harley Davidson decided to exit India because of disappointing sales. 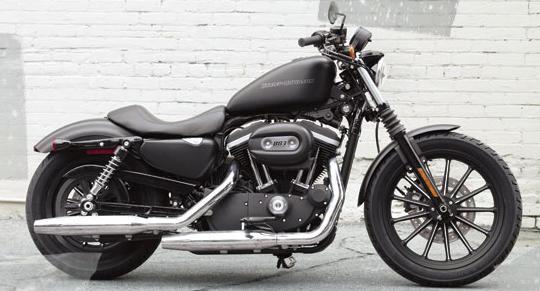 The iconic American motorcycle, Harley Davidson, targeted an annual sales of 10000 units in India. However, it struggled to even sell a quarter of the target in 2020. The current Harley-Davidson bikes bear a tax burden of 56 percent as they are assembled in India with imported parts. Let us look at some of the reasons that led Harley Davidson to withdraw from the Indian Market,

The company could only ship 213939 motorcycles to its dealerships in India. It was the lowest recorded sales in the nine years. The company’s 2019 income was the worst. The Covid-19 had a negative impact on the US market as well. The company saw its least sales in six years in its home market. The manufacturer is now planning to focus completely on the US and European markets.

The Covid 19 situation pushed back Indian two-wheeler motorcycle demand by 2-3 years. During the whole of 2020, such bikes suffered a fall of 12 percent. The demand for premium bikes stays depressed as India’s GDP reduces by 25 percent.

The demand for cruiser bikes is declining across the globe. Buyers in India prefer fancy touring, adventure, sports bikes made by Honda, Kawasaki, Suzuki and others over the premium cruiser bikes.

Royal Enfield launched two bikes in 2019: The Interceptor and Continental GT. Both came with 650cc engines. Both the bikes price range starts at Rs. 2.5 lakh while the Harley-Davidson’s entry bike Street 750 cones with a price tag of Rs. 4.7 lakh. Royal Enfield created a strong place in the Indian market, replacing Harley Davidson to a large extent.

The Smaller Scale of Reach

The customers took to social media accounts to speak about their dissatisfaction with the service backup offered by Harley-Davidson. In 2015, the manufacturer had to recall nearly 3700 bikes in India. There were some complaints about the engine overheating or brake pads and clutch plates burning out. Many owners had to wait long for the parts.

Harley-Davidson lacks a local partner in the Indian market. Pune-based Bajaj Auto invested in Austria’s KTM. Thus, KTM became a leader in the premium bikes segment in India. Bajaj also partners with Triumph motorcycle. Other global brands also tied up with local partners like BMW partnering with TVS motors. But Harley made a mistake by joining hands with Qianjiang which is a Chinese subsidiary of Gilly motors.

It was difficult for Harley to fight with Royal Enfield, Triumph, Java and Norton in the Indian market. Desh bikes manage to offer the same range of bikes as Harley Davidson at an affordable range.