Honda Cars India Ltd released its sales numbers for December 2020. The automobile manufacturer managed to dispatch 8,363 units last month. Last year, December sales accounted for 8412 units. So, there is a year-on-year growth of a mere 2.79 per cent. In November, Honda sold 9990 units, which means a sale decline of 13.53 per cent. Though year-on-year sales have not been affected much, the monthly sales show a significant drop.

The Honda secured 7th position on the sales chart in December 2020. It was on the 6th position in December 2019. Year-end might be the biggest reason for the drop in sales in December, as most customers like to buy a new vehicle in the new year. This is to ensure an improved resale value of the car. 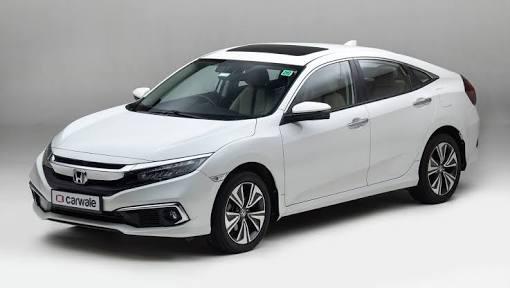 Honda shut down its manufacturing plant in Noida which was 23 years old. They also stopped production of the Civic and CR-V in India. So, there are all premium vehicles by Honda in the Indian market. Other cars in the brand’s line up are Amaze, Jazz, WR-V and City. Honda might launch two new SUVs in the Indian market. One will be a sub-4m SUV, that will replace the WR-V. This upcoming SUV is likely to come with the same engine options of WR-V. It will compete to take on the likes of Maruti Vitara Breeza, Kia Sonet and Tata Nexon. The other will rival Hyundai Creta/ Kia Sonet. The next-generation HR-V will make to this position. It has been spied multiple times and is larger in dimensions. It might come with the same engine options as the new-gen Honda City.

The next Honda City model ( second generation) appeared in 2003, popularly called ‘Dolphin’ due to its shape. The straight lines in the previous model became more rounded. It has a 1.5-litre i-DSI engine, generating a maximum of 77Bhp. The second-generation Honda City was updated in 2005. The update involved design changes and the addition of ABS. After a year, the carmaker launched all-new Honda City in 2008. This time, the changes in the design were massive. It had larger headlamps and deep creases to give a sportier look. 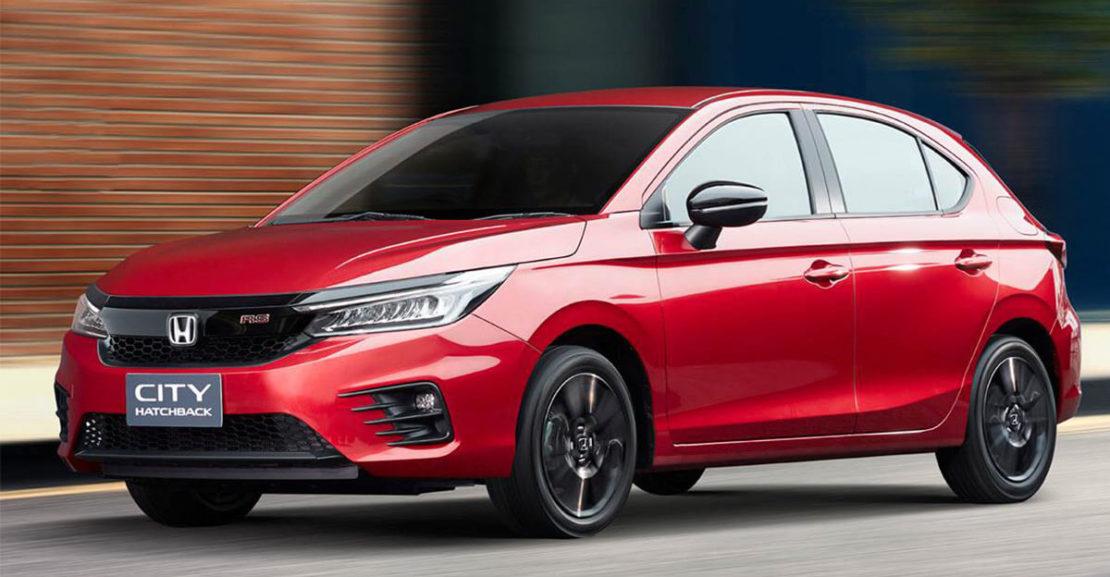 The City RS gets a classy bumper at the rear with vertically placed faux air vents. The faux air vents are successively placed along side a distinction black rear faux diffuser. The leaked photographs show a flashy style with a blacked-out grille and dark chrome-finished 16-inch alloy wheels. The inside is nearly almost like City RS Turbo sedan.  The interior embody new rear seats which will split 60:40, that’s collapsable to extend boot area. It has an 8- inch touchscreen Infotainment system with Apple CarPlay and Android Auto. Other features include keyless entry, push-button start/stop, climate and controller, etc.

The safety features involves multiple airbags, rear camera parking sensors, ABS with EBD, seatbelt indicators and many more. City RS hatchback dimensions are 4,349 mm long, 1748 mm wide and 1488 mm tall. The bottom clearance of the hatchback is 200mm. The hatchback comes with a one.0-litre turbo-petrol engine. The engine delivers 122 H.P. All its power comes through a CVT casing. Honda may provide alternative powertrain choices depending on the market demand. 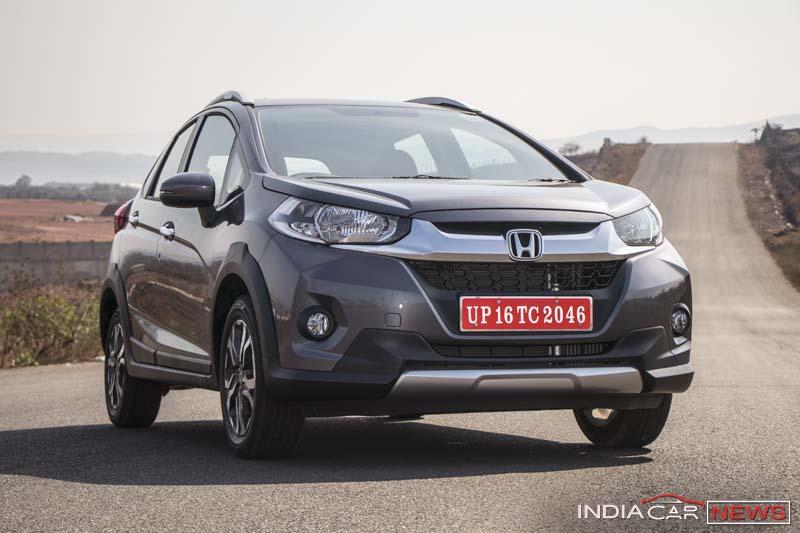 The biggest offer is on the Civic, Honda’s premium sedan model. It was recently updated to match BS6 standards of its new diesel engine variant. Honda offers a maximum cash discount of up to Rs 2.5 lakh on the diesel version and the petrol one with benefits up to Rs 1 lakh. Honda is very keen on boosting its sales during the festive season. But, its flagship model, CR-V and old Honda City do not include in the discount scheme. Honda December 2020 sales.