Ford and Ford have not made any announcements related to the mid-size SUV’s mechanical details. However, both the companies have also agreed to share powertrains and transmissions for their products. So, it’s safe to expect the Ford C-SUV to share engines with the new Mahindra XUV500. The latter will get a 187bhp/380Nm 2.0-litre TGDI turbo-petrol from the mStallion family. The diesel motor is an all-new 2.0-litre unit that could pump out around 185bhp.185bhp.

It comes with both manual and automatic transmissions, offered along with an AWD drive-train. The carmakers called off the joint venture to produce C segment SUVs for the Indian market. This lead to speculation that the upcoming Ford-Mahindra SUVs will be called off. However, it is now confirmed that they will launch Mahindra’s upcoming XUV500 based Ford C-SUV in India.

Ford and Mahindra will develop the new C-segment SUV under a separate project called “Project Black.” While the next-generation Mahindra XUV500 is coming by March-April 2021, the Ford C-SUV will reach the market by the end of this year or early 2022. Both brands made a significant contribution to the development of the project. Mahindra’s Chakan plant will manufacture the upcoming Ford C-SUV, and it shares its underpinnings with the new XUV500 (W60I).

The Italian designer Pininfarina designed the Ford C-SUV. The Ford C-SUV shares its platform with the new Mahindra XUV500. It will share 75 percent features of the XUV500. The engineers will tweak the chassis and suspension to give the car Ford like driving dynamics. The upcoming Ford C- SUV features three-row seating. 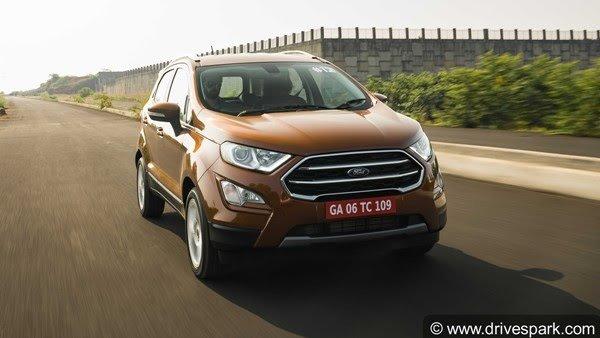 It will have slightly smaller dimensions compared to the 2021 Mahindra XUV500. The Ford C-SUV will have an upright grille portion with tiny horizontal chrome inserts. Ford follows a split headlamp design. The triple-stacked horizontal LED Daytime Running Lights to accompany the octagonal chrome grille. The Blue Oval badge mounts in the middle. Spy images leaked on the internet has blackened bumper-mounted vertical headlamp housing. The lower sections of the front Images: RushLane 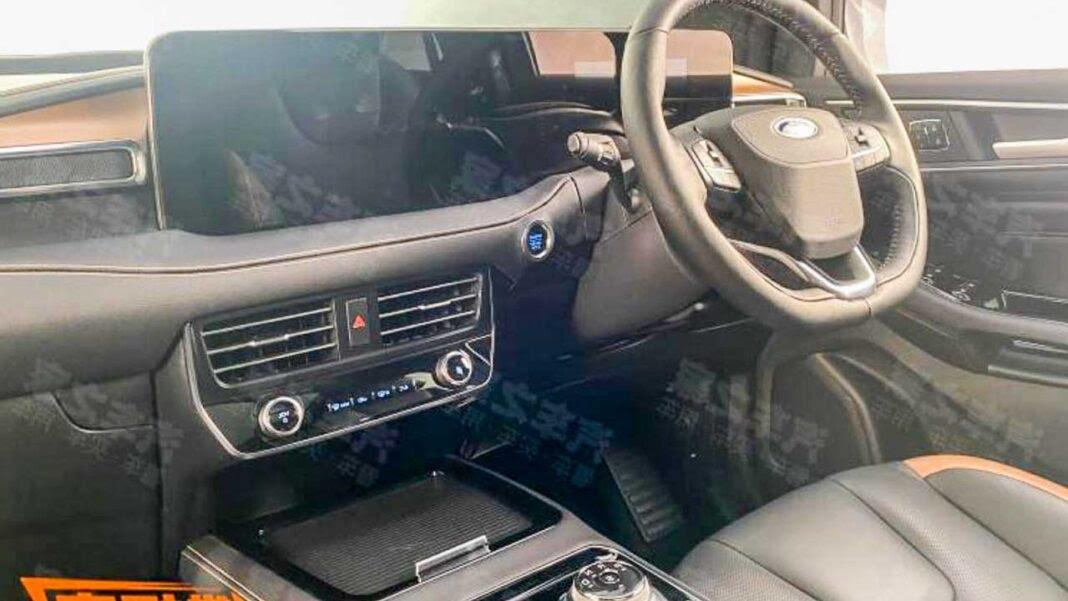 Ford did not ay anything related to the mid-size SUV’s mechanical details. Mahindra and Ford have agreed to share powertrains and transmissions for its products. So, we can expect the Ford C-SUV to share engines with the new Mahindra XUV500. The Ford C-SUV comes with a 187bhp/380Nm 2.0-litre TGDI turbo-petrol from the mStallion family. This 2.0 L petrol engine is the most powerful one produced by Mahindra so far. The diesel motor is an all-new 2.0-litre unit that could deliver around 185bhp. Both engines offer manual as well as automatic transmissions along with an AWD drive-train.

The C-SUV will directly rival the Hyundai Creta, Kia Seltos, Tata Harrier and MG Hector in the Indian market. The price of the new SUV is not revealed yet. However, considering its premium segment, the price range might be somewhere around Rs 17-Rs.20 lakh.

Mahindra is launching the second generation XUV500 in January 2021. The upcoming compact SUV in India gets exterior and interior updates. The first set of spy images of the car predicts 12 illusionary approaches in design. The All-new Mahindra XUV500 has a wider front grille with vertical chrome grille slats, newly designed alloy wheels, bumper and tail lamps. 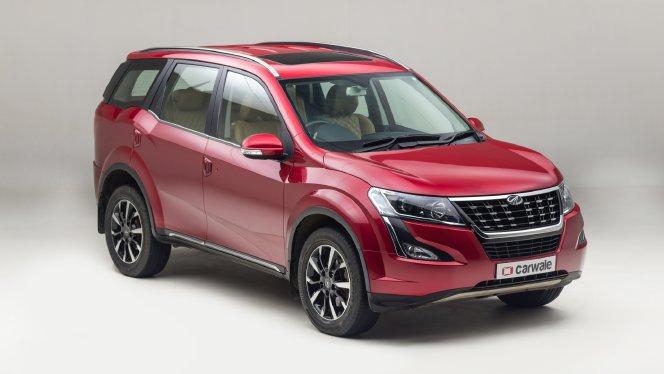 It comes with a 2.2 litre 4 cylinder diesel engine and a 2.0-litre n Stalin petrol engine.  This is similar to the one used in the Thar. The interior features include an electric sunroof and powered driver seats. The seat is 6-way power-adjustable and offers lumbar support for perfect driving position and comfort. The soft-touch faux leather & fine stitch lines on the dashboard & door trim elevate the luxury feel. The 7-seater SUV has an all-wheel-drive feature as well. The expected price of the new compact SUV in India is likely to be around 13 lakh. It will be available in 6 colours.

Mahindra provides excellent safety features. It comes with 6 airbags, emergency call system. In case of an accident, airbags deploy, and the call feature automatically reaches the emergency services. Anti-Braking system with Electronic Brake-force Distribution, disk brake on all wheels are other incorporated safety features. Crumple zone for crash protection is another feature the car offers.

2021 Ford EcoSport Facelift: Ford will introduce the EcoSport with Mahindra’s 1.2-litre TGDi turbocharged petrol engine. This engine will replace the EcoSport’s 1.0-litre turbocharged petrol engine. The leaked image of Ford Ecosport shows a large radiator grille with triple alloy wheels,  LED DRL setup and a sleeker pair of headlamps. An increase in ground clearance is another expected update. The new EcoSport will have the Ford badge offset on the grill with black parts on the car to give it a tough look. It gets Power fold mirrors with puddle lamps that add to the visual appeal from the front. The smart entry with capacitive touch appears to be an attractive feature for the customers. 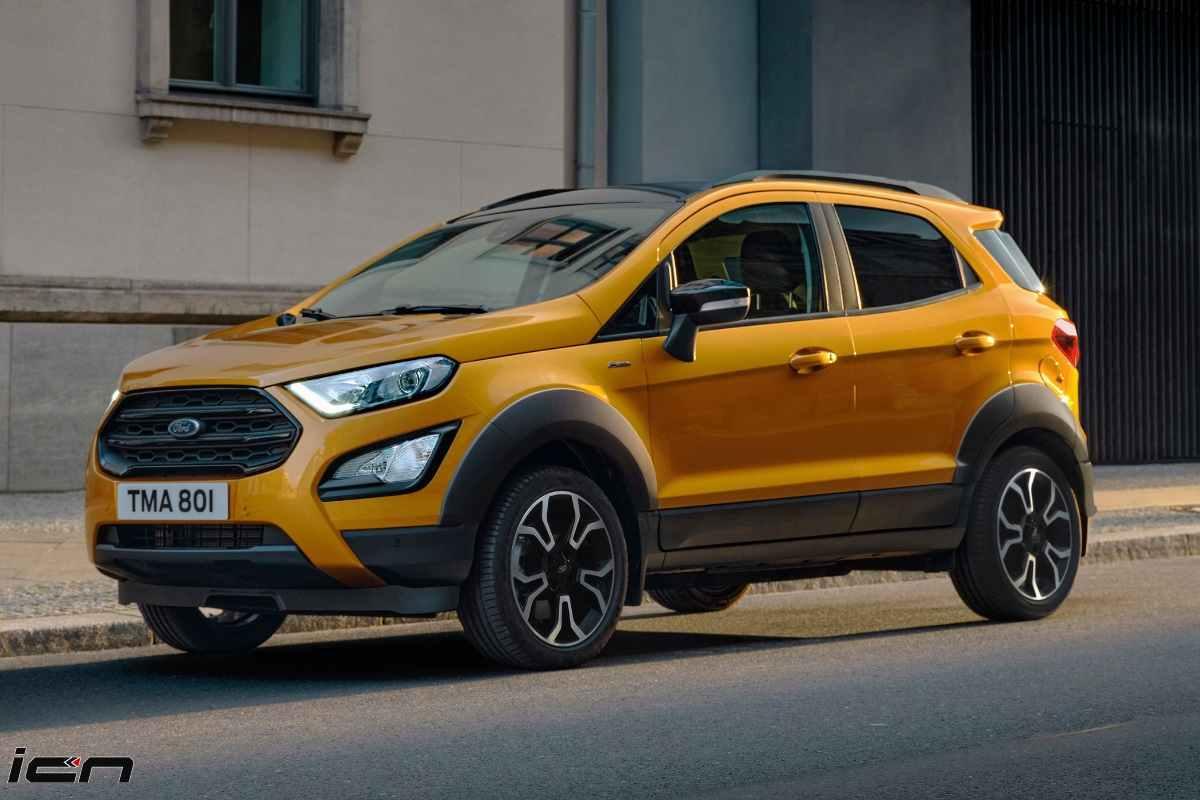 The interior equipment includes an 8-inch touchscreen infotainment system with Ford’s SYNC3 technology, a smart button with a push-button start, and a front centre armrest. Automatic headlamps, cruise control and reverse parking camera are some other additional features expected with the car. The interior has a unique pattern on seat upholstery with contrast stitching.

Other Upcoming Compact SUVs in India

Maruti To Launch its New Celerio Facelift in Early 2021