MG Motor is a Chinese owned British car making company. Cecil Kimber founded this British automotive company in the 1920s. The Chinese company Nanjing Automobile Group bought MG motors and merged with SAIC in 2007. MG started production in China in 2007. Morris Garages vehicles are world-famous for their cars, roadsters and cabriolet series. It is best known for its open two-seater sports cars. The company launched its first all-new MG model, MG 6 in June 2011.

MG Motor India’s plant is in Gujarat. Hector is MG’s first car in the Indian Market. The company launched Hector SUV in 2019 with a bang. The car set a new benchmark in terms of features, space, and technology. One year after its first launch, the Hector got an update. MG launched the Hector Plus in 2020 with additional seating. The carmaker also announced the unveiling of the seven-seater Hector Plus in January 2021. 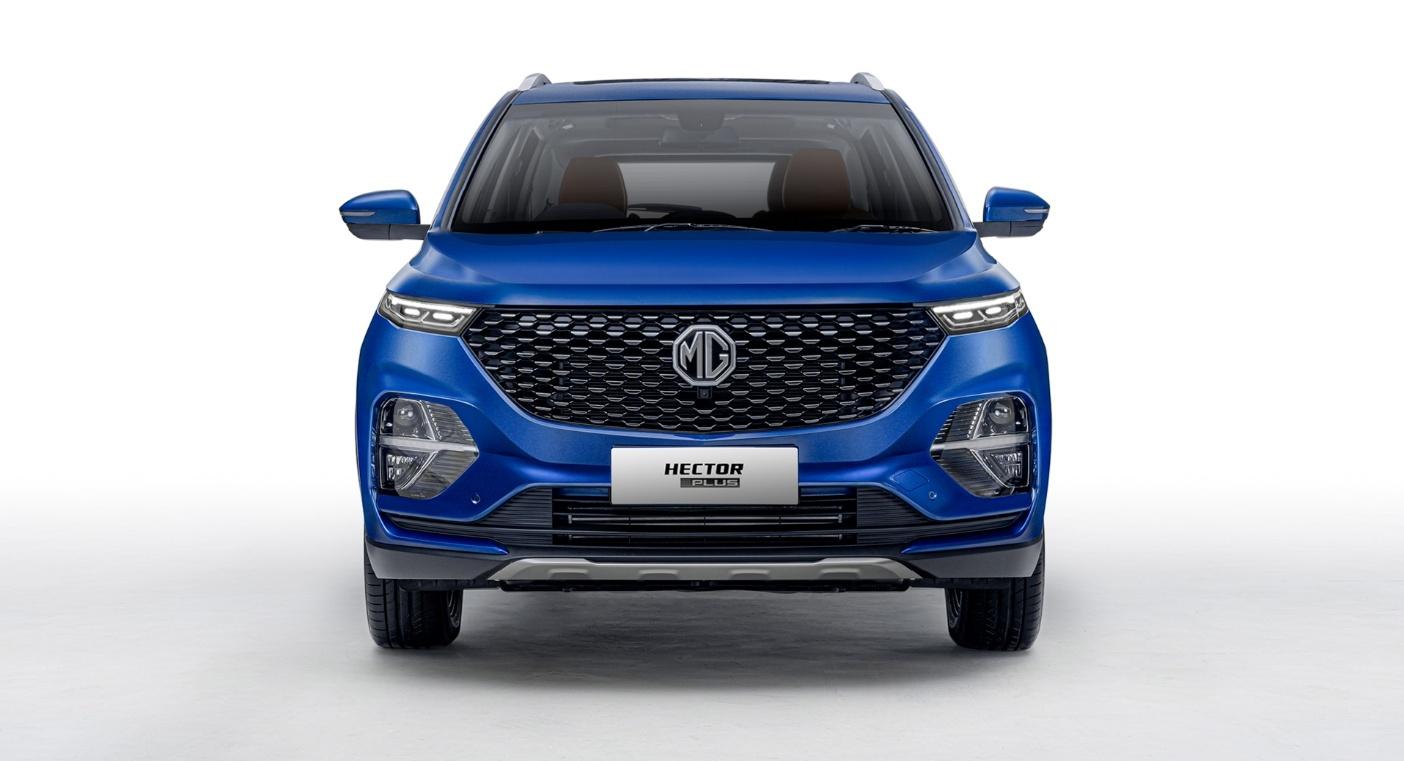 MG launched the six-seater MG Hector version at Auto Expo 2020. The car is available in four trim levels through three engines and two gearbox options. The price range of MG Hector Plus is between Rs. 13.73 lakh to Rs. 18.68 lakh. The car is a blend of luxury and comfort to provide customers with a perfect experience. It rivals Mahindra XUV500, Toyota Innova Crysta and Mahindra Scorpio. It will also rival the upcoming Tata Gravitas.

Exterior and Interior of MG Hector Plus

The exterior of the six-seater Hector Plus got a new face. The new car came with new LED DRLs new chrome studded Front grille and a new fog lamp cluster. It also comes with a Chitchat on the i-SMART Next Gen interface. The 2020 Hector Plus is 65 mm longer than the five-seater model. The rear also gets new LED tail lamps and dual faux to give a sporty look. The car is available in six colours: Candy White, Glaze Red, Starry Black, Burgundy Red, Aurora Silver and Starry Sky Blue. The 6-seat setup features captain seats with recline and slide function in the second row.

The interior of the Hector Plus is very similar to the standard Hector. It gets a new tan faux leather upholstery, beige headliner instead of the black and silver. A revised dashboard, rear air vents, air vents for third-row passengers are other interior specifications. The glass area of the Hector Plus is huge. It gives an airy feel to the passengers. The dual sunroof enhances this light feel complete. 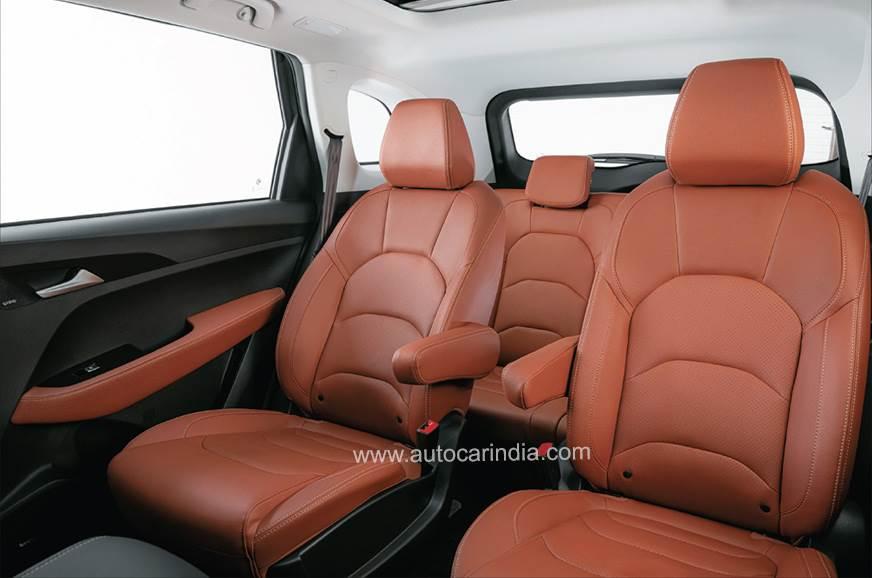 The captain seats are the same as the front seats. They have well-cushioned seats with side bolstering. The large wheelbase ensures enough space for headroom and legroom. The second row has fewer features, only gets Ac vents with fan speed adjustment and a 2A USB charging port. The extra seating can be referred to as an emergency/kids seating option. If the passenger uses second-row seats for a long time, the person sitting on the third row might feel uncomfortable. The addition of sets has reduced boot space to 155 litres. You can get a decent-sized 530 litres of boot space by folding the back seats.

The first row in the top variant has a six-way power driver’s seat and a four-way power passenger seat. Other interior features include a 10.4- inch HD touchscreen display, all connectivity options, car control features, 4G enabled sim card connection to get live traffic updates, navigation information, weather updates, voice assistant and a lot more. You even get a Ganaa account to stream music on the system. The climate control is connected to an infotainment display screen that is slow. You will experience a considerable amount of time lag in setting up.  The top-spec model also gets a 360-degree camera, hands-free boot opening, ambient lighting and a 7.0-inch full-colour display for the instrument panel.

The steering wheel is easy to use because of its light nature but is slow to respond. Hector Plus is a big car. You might find it difficult to handle in tight spaces. The 360-degree camera solves this problem to a large extent. However, this feature is only available in top-spec variants.

If you are a Hector fan and want more features and space, the Hector Plus is the best option. The car is stylish, feature-packed with a heavy street presence. On the other side, it is not the best car to drive. It has a heavy clutch and lacks a diesel AT.

MG Hector Plus has many safety features. The features include an electronic stability program, front and rear parking sensors, hill hold control, ABS with EBD and brake assist, dual front airbags and traction control as standard. The top-spec variant gets six airbags.

Pros and cons of MG Hector Plus

The New 7-Seater MG Hector Plus 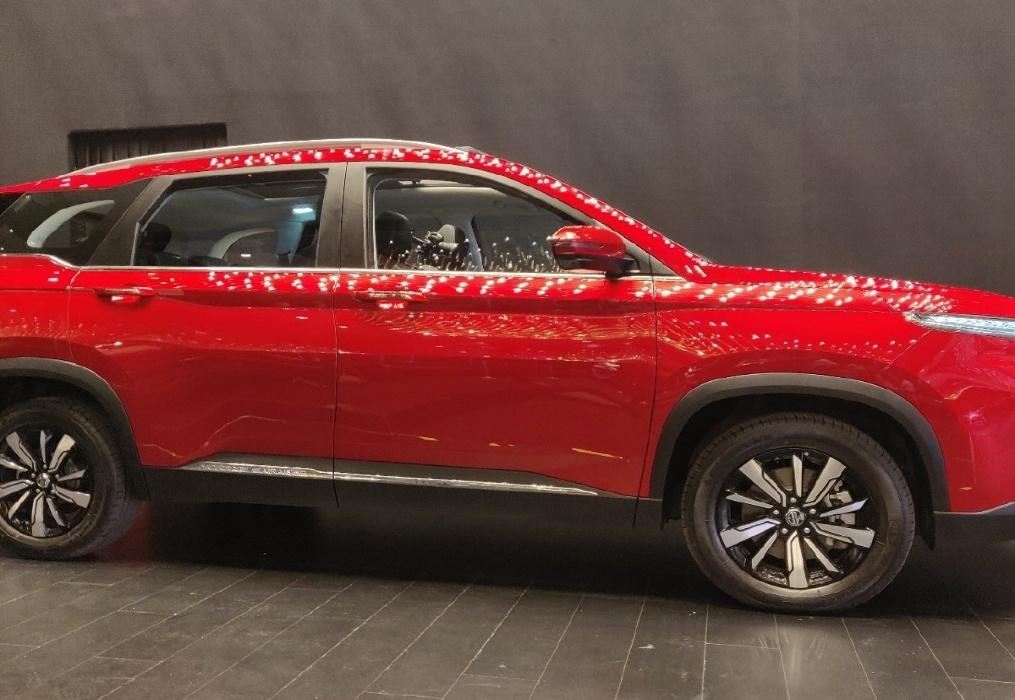 MG will launch the 7-seater MG Hector Plus in January 2021. The car is likely to be more economical than its previous model. As described in the beginning, MG Hector Plus launched in 2020 is a three-row regular mid-size Hector SUV. MG will offer the new model with an additional seat in the middle order. The He tor Plus will have the same features as the standard model. The features include a panoramic sunroof, cruise control, climate control, a 20.4 -inch touchscreen infotainment system. The infotainment system has all connectivity features like Apple CarPlay, Android Auto, Mg’s in-car connectivity tech. 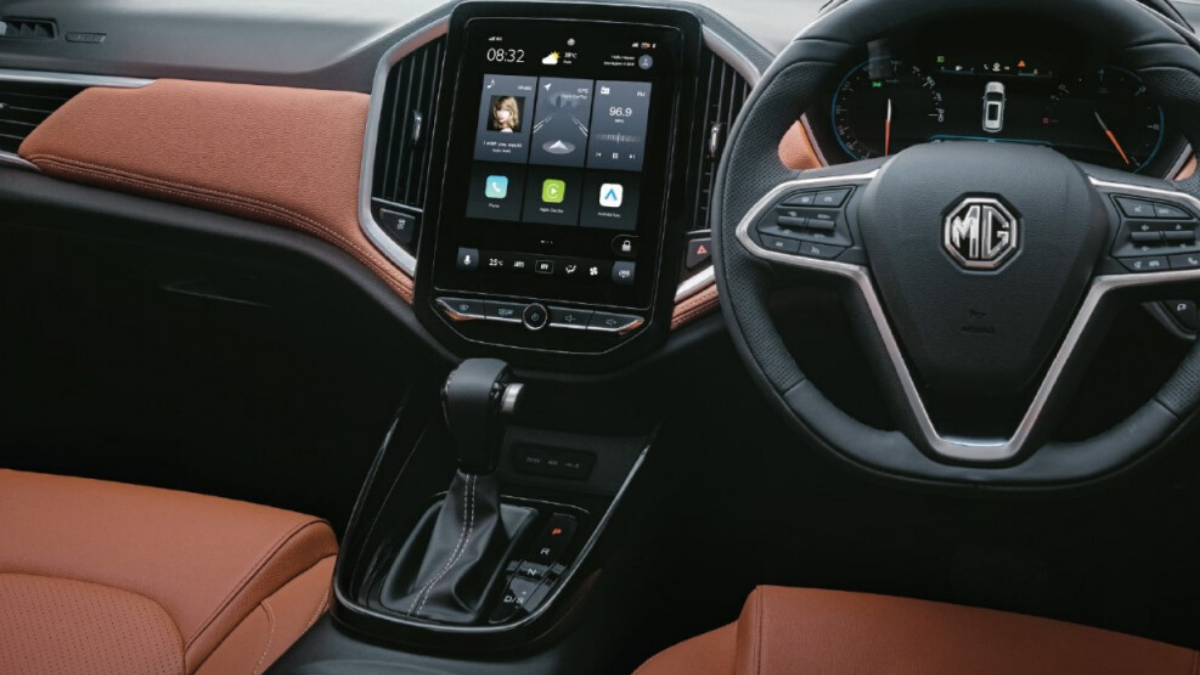 The captain seats of Hector Plus launched in 2020 was very popular. A split-folding middle bench will replace the captain seats in the upcoming Hector Plus. Access to the third row might be difficult in the new update. Like the 6-seater, the new 7-seater can feature tan upholstery. The car gets a 1.5-litre turbo-petrol and a 2.0-litre diesel, both paired with a 6-speed manual transmission. The diesel engine will deliver 170 PS power and, the turbo-petrol engine gives 143 PS. The petrol version can either choose a 48V mild-hybrid system with manual or a 6-speed dual-clutch automatic without the mild-hybrid tech.