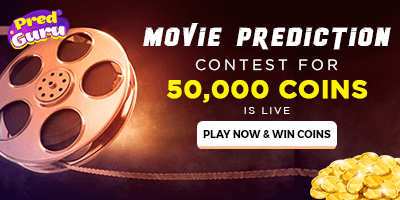 Jeep Compass facelift Review! How many of us are crazy about cars and technology? A lot of us are right. Life is so much easier with all these around, especially cars. The world’s greatest distances can be covered by road, and walking was difficult but then we got some automobile engineers who changed the course of the future by introducing cars. Cars eased the way of life a lot more than ever. Those four wheels could cover more distances than that of our two legs. Cars grew to more variants, now there are not only cars but also jeeps, land rovers, SUV’s etc. Al has almost served the same purpose of travelling rather than the fact that with time they developed into more comfortable ones.

Jeeps have been used for safaris in the forest by wildlife enthusiasts while have also been used as fighting and shooting instalments by terror enthusiasts. SUV is that one such amazing vehicle which has been quite a favourite, From setting the luxury trend to the comfort trend it has changed the way vehicles work. It stands for Sports Utility Vehicle, the one for all adventurers out there. And one such is being launched soon called Jeep Facelift, the American SUV in India.

SUV or Sports Utility vehicle is considered for people who are really adventurous and want to go out for routing on rough terrains of the world and can also be used by families who are more in number and always find it difficult to get cars or vehicles that can fit in all of them. So it’s very useful for people in India because most of the families are joint families and we always have a problem when it comes to taking our family out for a wedding or any other occasion.

The share of SUV’s stand for around 36.8 percent according to the 2017 report of the world’s passenger car market, and obviously it would be because when this single car can accommodate all the members of the family then it becomes a must for every joint family in India. And if later if every joint family in India would be able to afford this car, its share might even reach to 50 percent in India’s markets at least. SUVs earlier had only two doors as they were only for sports but now they have four doors designed for families.

Our Jeep Compass Facelift Review! Jeep Compass is a compact crossover SUV which means that it is a huge car yet all the space inside the car or vehicle has been used judiciously enough to fix all the facilities needed for the comfort of the drivers and the passengers in it. The seating arrangement in this has been done in such a way that it has only two rows but now since the demand for it has three rows of seats to accommodate everyone. The something different feature in it that is the all-wheel-drive, well for me this is the first time am hearing this! Because until now I felt that all the four-wheeler vehicles run on four wheels themselves.

Okay, jokes apart it has a 3.6-litre engine which means that you can go on long trips without worrying about the techniques to steal petrol or diesel when you travel through those places that might not have petrol or diesel pumps like the one in your city. The quick fact is the engine is cylindrical in shape.

The jeep compass was unveiled to the people of India in the month of April 2017 and was installed in Fiat Chrysler Automobile Plant in Pune which is located a few kilometres from Bombay, the industrial capital of India since July 2017. Also to the fact that The real Jeep Compass company manufactures these and the versions that India produces is also sold elsewhere. In the year 2017, this vehicle company sold more than 10,000 compasses- the day it threw its shutters open for people to the month of December.

It’s the new kind of jeep compass model, which has been scheduled for a launch soon in India. The bookings for Jeep facelift the new Jeep compass model will begin by the end of the year 2021 or also from November or December while at the same time this company is yet to officially announce a date of release. It is going to be offered in 4 different types of vehicles:

It has various colours also like Techno metallic green, exotica red, minimal grey, galaxy blue, bright white and magnesio grey. While in the mechanical part it remains the same with 1.4-litre multi-air turbocharged petrol and 2.0-litre multijet turbo diesel. In terms of style, it has 7 slat grille with a chrome finish, sharper and sleekier with revised headlamps. According to Autocarindia.com, these are the following updates about Jeep Facelift 2021.

It has a full home theatre inside with a stylish dashboard and a touch screen. A touch screen already gives you the feeling of someone important like in the movies they work right using the touch screen inside the car makes it all look so much like a VIP (very important person) feeling. It has a new type of AC vents, controls and also U connect’s special five infotainment system which is sure to win your heart. It has both Amazon Alexa support and android auto support. What can be more exciting than this, after all, that you are getting with this vehicle is so much more than you can ever expect to have?

You can actually go on a 15 day trip with your family without even worrying about anything. Interiors are always the most exciting, the better the interior of the house, the better is the relationship between you and your family. This dashboard has double-stitched leather and for this PETA might come behind them someday, so be careful when you brag about your vehicle it might land you in trouble.

Another feature of this is that both of these engines come with a six-speed manual, which means that the car or vehicle has six forward gears that you can use manually. Now when you’re driving you can move the clutch and also switch or change the gears in between, or it can also be said that you can change gears and move the clutch simultaneously. It also has a wireless Apple CarPlay, wherein you can get directions, make calls, send messages and also listen to your favourite music, and all these are available on the car’s touch screen. With all these built-in features, how can one resist not buy this vehicle?

What is the On- Road Price of Jeep Compass Facelift 2021?

The On-Road Price of the Jeep Compass Facelift 2021 is ranged between Rs 17.02 Lakh to 28.34 Lakh(Ex-Showroom Price Delhi). Which includes:

When a vehicle like this is released there is an obvious chance that there will be rivals for sure. There will be many other companies that might be offering the same vehicle with the same features but less cost, so they have to be aware of all these rivals before they launch their super amazing facelift that is sure to make your heart happy.

So this was our review of the Jeep Compass Facelift 2021. Jeep facelift will be around 17 to 18.5 less than your Sabyasachi wedding lehenga, so if you’re interested in buying them go ahead and get alerted. This can be one of the best ever products made by them, and if the whole of India could afford to buy it then there won’t be any issues of potholes and damaged roads. Foot fatigue means that after a  while your foot becomes numb and tired of shifting between breaks and also after standing long hours in the traffic jam, isn’t that actually what we’re all scared of, and the seats that look like cushions can help our spine be in a good position rather than end up with bone pain or muscle pain.

Ladies with spine problems can use this. And if you’re thinking that this SUV is actually for the adventurous and how can they find adventure in India, it can only be used in Leh Ladakh and all those mountainous regions then I must tell you that travelling on a normal road in India is an adventure every day because it’s been filled with puddles, potholes and many places have both kaccha and pakka roads together. So don’t worry about this SUV. It’s sure to leave a mark in the market as well as in your hearts, so don’t hesitate to buy it.

Also Read our Review on Review of New Hyundai Tucson 2021