Nitin Gadkari said that the toll collections might reach Rs 34,000cr in March 2021. Apart from this, he also was hopeful that using GPS technology for toll collection, would increase the tax revenue by Rs 1,34,000 crores in the next 5 years.

He said that there are higher chances that when new vehicles with a GPS tracker are rolled out from the factory, it could lead to better security of the occupants. This could help the owners back home keep an eye on where their drivers are and so on.

There are high chances that the same formula as the Fastag might be applied here. If the formula is implemented, the toll booths would be removed. This would facilitate transport movement in a good manner. 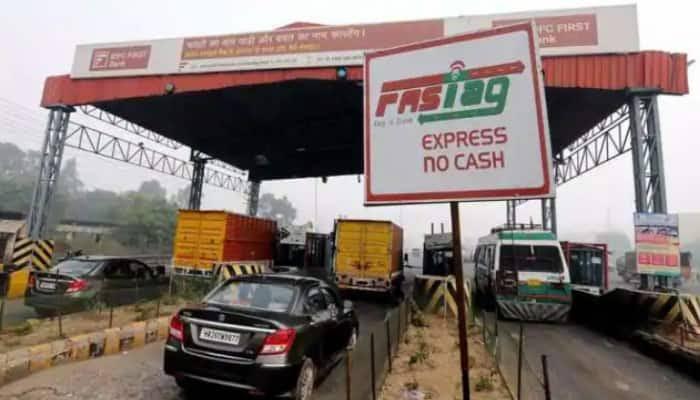 This has been established before, but the toll booths usually lead to traffic jams and restrict vehicle movement. But, there is still a long time before the implementation begins. There are certain things that need to be ensured before it gets implemented.

First of all, we are aware that the local people around a toll booth, those who live within a 5km radius are usually exempt. But, based on the GPS system, how this will be implemented needs to be seen. 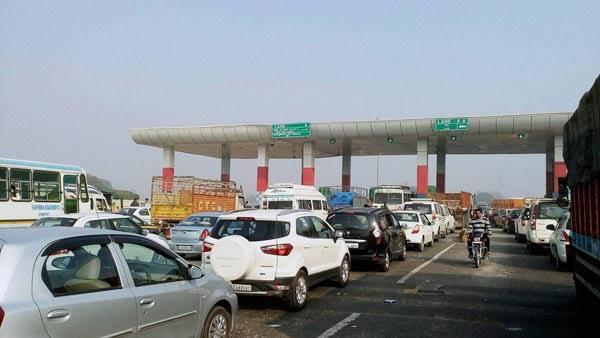 Without the presence of a manned booth, if the GPS-related account doesn’t have money in it, how will the toll tax be collected?

You might also think if there is no separate account and instead the existing savings account of an individual is taken into the picture. This could lead to a possible cybercrime issue.

Well, the government must have taken these things into consideration before implementing all this. There will be few toll booths, even though Fastag-enabled doesn’t have proper barcode scanners leading to a loss of revenue.

The places like the Mumbai-Pune highway have a traffic offence-related ecosystem with the toll booths. If a vehicle is over speeding, then the time taken between the toll booths is calculated and an e-challan is issued.

But, without the toll booths, the government might incorporate this with the GPS location. They could also install more speed-gun cameras. This means there might be a loss of jobs with the removal of toll booths. Toll booths again serve as a stopping point where a person can get medical facilities. Once these are removed, the government needs to make sure that there are other alternatives available. How the GPS understands that a car also needs to be figured out.

We have observed that with Fastag, the overall implementation might get a bit delayed. In general, the adoption of new technology takes time and to permeate the grassroots level, it is a lot of effort.

If implemented, this could lead to lower time spent on the road. Still, there are a lot of questions and uncertainty. We hope to get a better picture once this idea is closer to reality.

In a major development for the road travellers in India. The Minister for Road Transport and Highways, Nitin Gadkari announced that India would be tollbooth free in a span of two years.

In his address at the ASSOCHAM Foundation Week, the minister said that there would also be a GPS based toll collection. 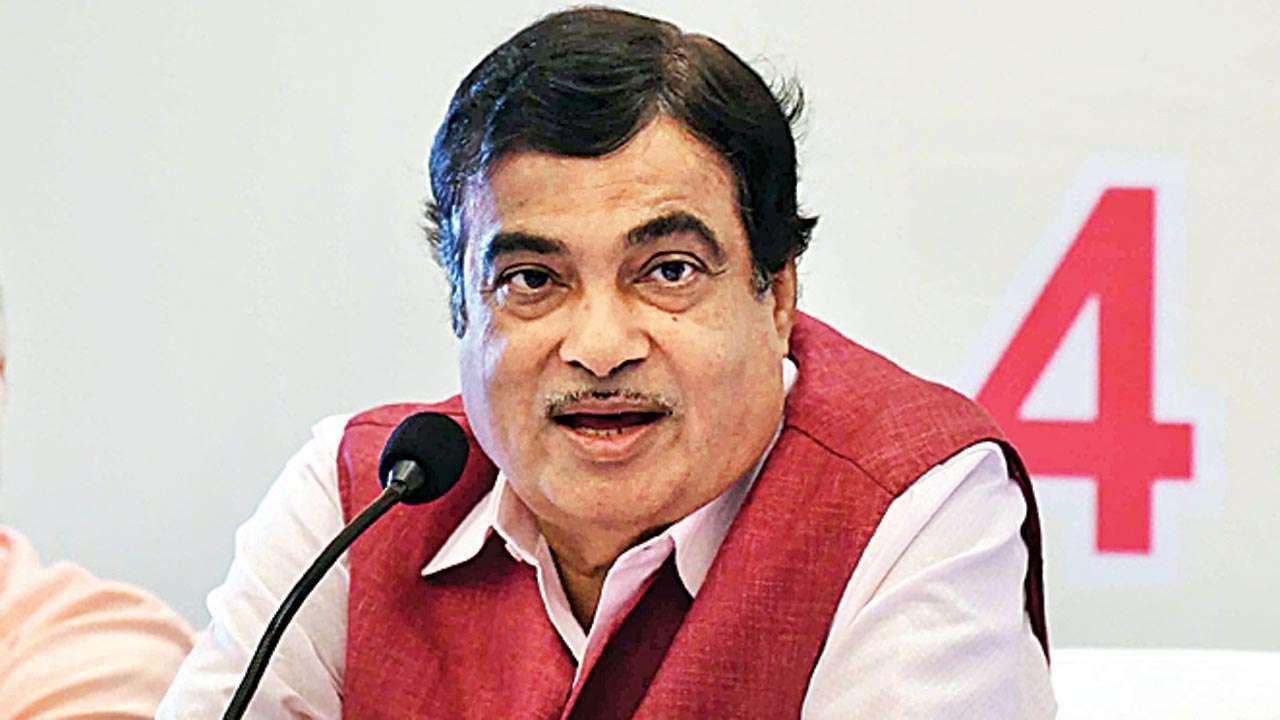 Nitin Gadkari also said that the new toll collection system would enable a direct deduction of money from the bank account. And make sure there is an easy movement of vehicles all over the country.

In his statement, he said, “We have thoroughly examined and finalized the GPS-based toll collection system with the help of the Russian govt. And within 2 years, India would be toll booth-free.

The GPS system will be used to track the vehicles and the due amount would be deducted from the respective bank accounts,” during the ASSOCHAM event

The NHAI might end up with revenue of Rs 1.34 trillion in five years if the new toll collection system is implemented,

“India will become ‘toll Naka mukt’ in the next two years as the Government has finalized GPS technology-based toll collection to ensure seamless movement of vehicles across the country” he tweeted.

Fastag has been a saviour but the queues at toll booths have not reduced. Sure, the wait time might have gone down by a few seconds but confusion still prevails. The very existence of toll booths sometimes is questionable.

Nitin Gadkari, the union minister of road transport and highways. And MSMEs, said that India is set to be toll-booth free in the next 2 years. He said that the government is working towards GPS-based toll collection.

Based on the movement of vehicles, the GPS-based system will deduct the amount. New commercial vehicles already have this tech in place but it is yet to be activated. The government has to see how to implement this on older cars.

The move for the new toll collection system comes after the FASTag system by the government. The FASTag system became mandatory to reduce the congestion at toll booths. And make it easy for the road travelers to pass through the system on their long commutes.

The GPS-based system will track vehicle movements across the country. And will deduct the toll from the linked bank account of the owner of the vehicle. The Government would put a system into place to fit GPS systems on older vehicles.

For the current fiscal year, Gadkari commented that the total collected by end-March 2021 was expected to be somewhere around Rs 34,000 crore. 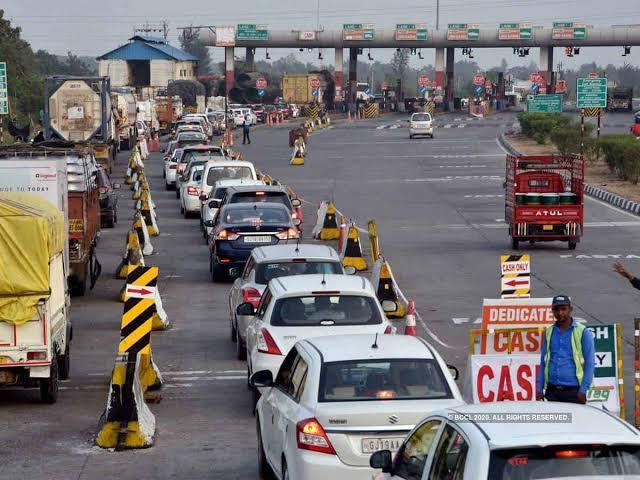 While the move to GPS-based toll collection has been introduced recently, the country is gearing up for the mandatory use of FASTags on all vehicles from January 1, 2021. FASTags essentially eliminates the need to stop at toll booths and physically pay. Thus helping ease congestion at toll booths across the country.

Gadkari said that the Mumbai-Delhi expressway was near 50 % completion with the road expected to be completed in the next 2 years.

He  also added that road acquisition for the Delhi-Amritsar-Katra expressway had also commenced. The construction of the road would be started by end-February 2021.

Delhi-Meerut Expressway to be Completed in January 2021

Gadkari also said that the Meerut express highway would be completed in January 2021. This would reduce travel time between Delhi and Meerut from the present around 4.5 hours to just 45 minutes.

The new toll collection system was finalised by the government of India in collaboration with the Russian government.

Nitin Gadkari also mentioned that the industrial development will lead to employment generation and poverty eradication in India, but at present, industry in India is located mainly in urban areas so the decentralization of industry is important  to boost growth rate as growing urbanisation is causing grave problems in cities like Delhi, Mumbai, Chennai, Kolkata and others. 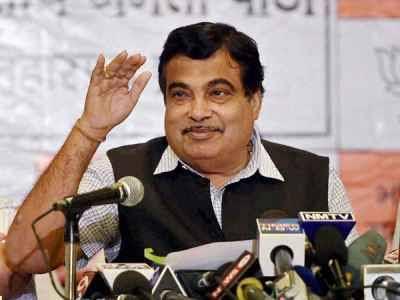 He also stressed the need to promote public-private investment in infrastructure development, while assuring the government’s support in projects that are not economically viable.

Currently, the MoRTH is pushing to make FASTags mandatory on all cars, from January 2021. All new four-wheelers being introduced on Indian roads, already come equipped with the RFID tag, but the government is pushing older vehicles to get the FASTag installed, before the start of the new year.

The new method of toll collection could reduce travel time even further, by completely removing toll booths on the highways.

With everything moving to digital now, this seems like a great step forward. But, more clarity on the system and how it works needs to be addressed.