Ford Ecosport is a sub combat cross over SUV originally built in Brazil. Ford launched a second-generation model in 2012, assembled in new factories in India, Thailand, Russia and Romania. Ecosport entered the North American market in 2018. The car entered the Indian market in 2012 but didn’t receive any generational updates. Therefore the Ecosport felt outdated compared to the rivals. Hence Ford is planning to launch Ford Ecosport Facelift in 2021. Before diving into the details of the upcoming sub-4m SUV,  let’s discuss its predecessors. 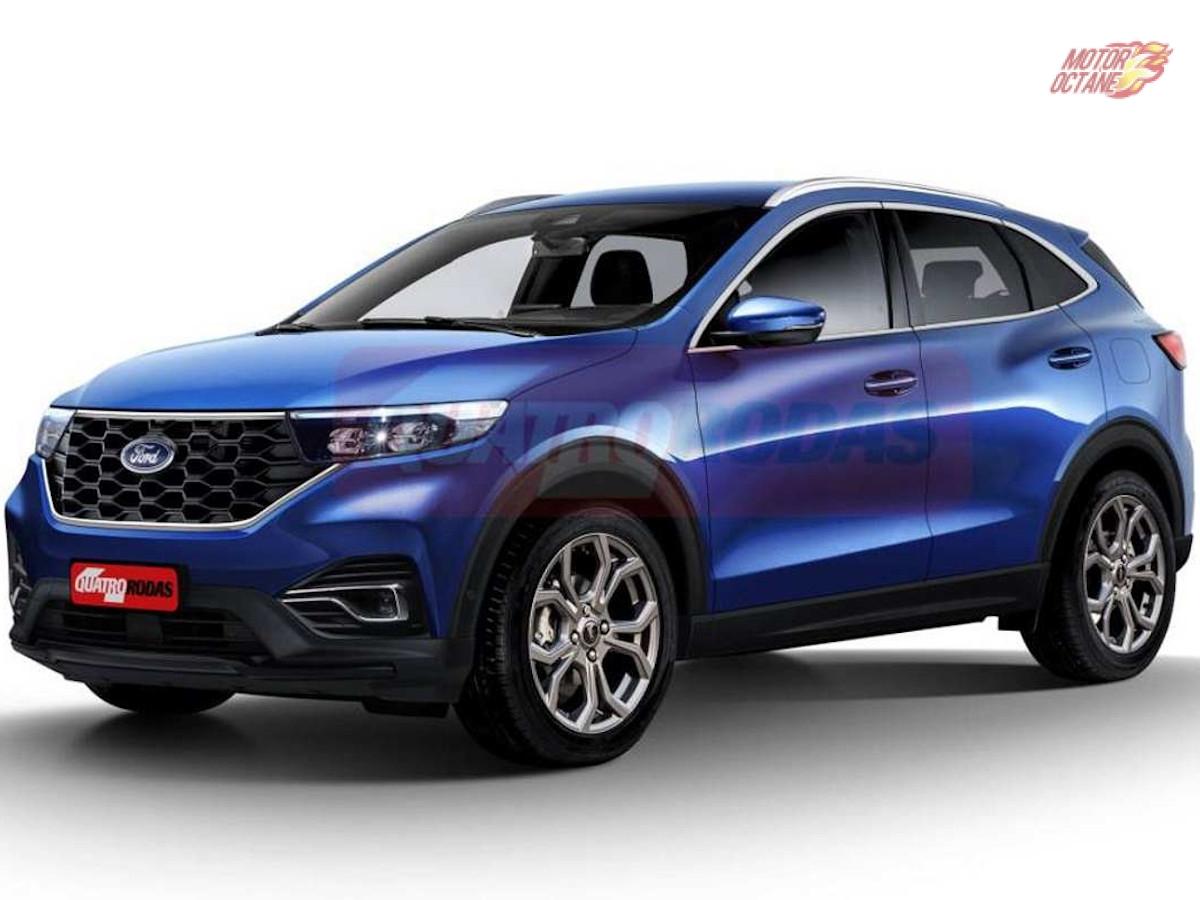 All models had manual transmission as standard. EcoSport received a mid-cycle restyling at the end of 2007. The carmaker completely renewed the front to make it similar to the contemporary Brazilian restyling of Ford Fiesta. They also updated the rear lights, bumpers and interior, giving a new dashboard with better quality materials.

The Ford Brazil development centre developed the second generation EcoSport. The 2011 Ford Fiesta B2E platform was the base for the 2012 EcoSport. The company launched the new Ecosport in 2012. The SUV for domestic sale in India was manufactured at Ford India’s Chennai plant. Ford’s plant in Thailand makes the car for Southeast Asian markets. As of 2015, the Chennai plant sold 200,000 EcoSports. In 2016 Ford started supply of the Ford India EcoSport in the US market. In some countries, the EcoSport has a 1.0- litre three-cylinder turbocharged EcoBoost petrol engine. This engine has a power output of 120 PS and 170 Nm of peak torque.

The EcoSport facelift 2018 received mid-cycle updates including a revised front end bumper and a redesigned rear bumper. It also got an optional 8-inch floating touchscreen infotainment system that supports Apple Carplay and Android Auto. It came with the 1.0 EcoBoost three-cylinder turbo gasoline engine for FWD models and the 2.0 four-cylinder petrol naturally aspirated engine for 4WD models, both paired with a six-speed automatic transmission. The company dropped EcoSport from its Australian line-up and replaced it with the sportier European Ford Puma.

Pininfarina, the Mahindra owned Italian car design company designed the 2021 New Ford EcoSport Facelift. Recently an image of the New Ford EcoSport Facelift leaked on the internet. The image indicates a completely redesigned front fascia. The image also shows a large radiator grille with a triple LED DRL setup and a sleeker pair of headlamps. There might be an increase in ground clearance.

There are black parts on the car that give a tough look to the car. The new EcoSport will have the Ford badge offset on the grill. This will add to the visual appeal from the front. It gets Power fold mirrors with puddle lamps. Another exterior feature is the smart entry with capacitive touch. 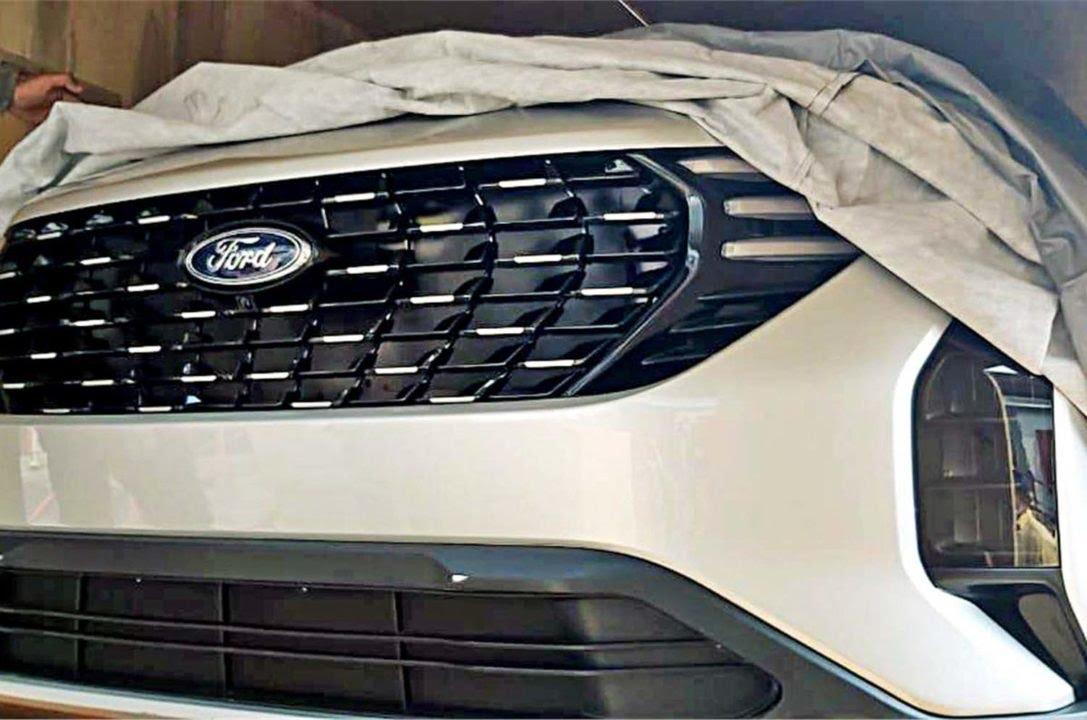 The biggest update will be a primitive level of the advanced driver assistance system. The visual changes include black cladding all around the wheel arches and a 17-inch dual-tone alloy wheel.

The interior includes an 8-inch touchscreen infotainment system with Ford’s SYNC3 technology, a smart button with a push-button start, and a front centre armrest. It has automatic headlamps, cruise control and a reverse parking camera. It will offer a unique pattern on seat upholstery with contrast stitching. Other hosts of equipment include Bang& Olufsen sound system, keyless entry and many more.

2021 New Ford EcoSport Facelift will come with the same 1.2-litre mStallion TGDi turbo-petrol engine. This same engine will soon debut on the Mahindra XUV300 Sportz. This engine delivers a maximum power of 130 PS and 230 Nm of peak torque. It might retain the current 1.5 -litre oil burner engine that produces 100 PS power and 230 Nm of peak torque. Mahindra’s new mStallion petrol powertrain will replace the 1.0 L EcoBoost engine. The new one might get a 6-speed manual gearbox as standard and a dual-clutch automatic gearbox option.

The new SUVs top variant comes with 6 airbags. The AT variant gets Hill launch Assist, traction control and cruise control features. Other variants have dual airbags as standard and Ford’s Emergency Assistance System. This system will automatically connect to the emergency services in the situation of an accident. All models will get the Anti-lock Braking System as standard.

The 2021 Ford Ecosport might get some dimensional changes as well. It might be bigger and offer more cabin space compared to the existing EcoSport. The boot space might also improve. 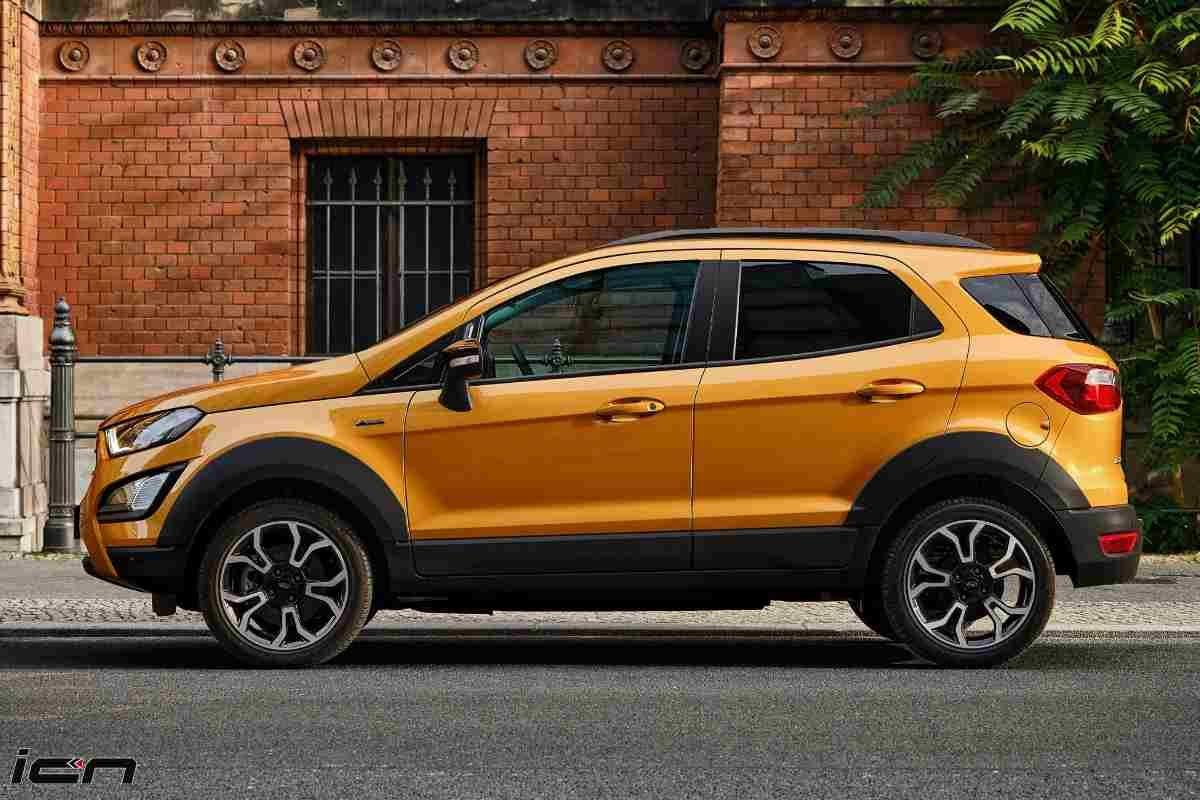 There is no official confirmation from Ford regarding the Launch of the Ford EcoSport facelift in India. However, sources expect that the carmaker will be launching the new EcoSport in February 2021.

Presently, the Ecosport retails between ₹ 8.19 lakh and ₹ 11.70 lakh. However, the new one might have a minor increase in its price.

Other Upcoming Subcompact SUV in 2021