The unprecedented economic downturn in 2020 due to Covid 19 pandemic certainly affected all sectors. Keeping aside this downfall, the automobile industry did well in the year, which tons of new launches. A bunch of new cars are launching in the upcoming year as well. A few carmakers announced price increments for their models in the new year. Around 124 car launches will happen in 2020-2022. We can also expect some good electronic care in the upcoming year. Here is a list of top 7 cars that are launching in January 2021. 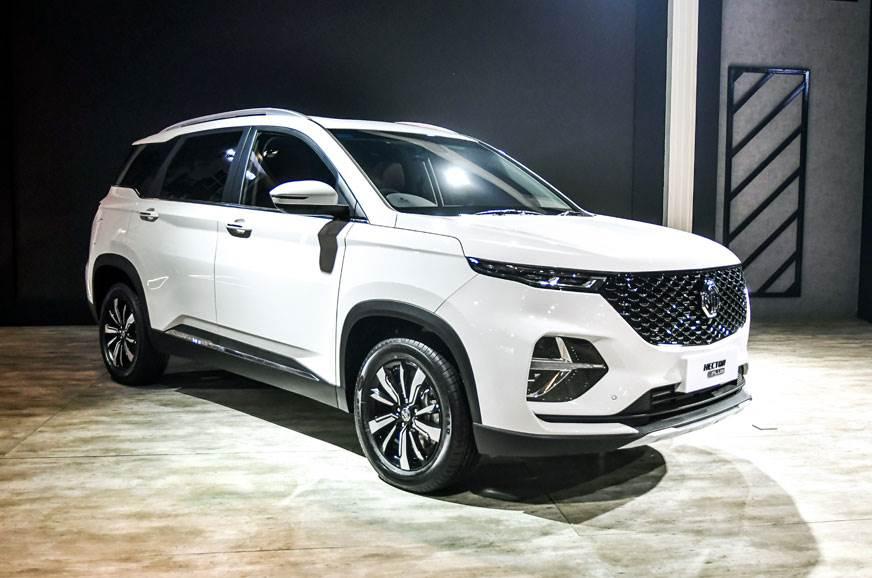 MG Motors will launch the 7-seater MG Hector Plus in January 2021. MG Hector is the carmaker’s first product in India. The carmaker launched a 5-seater SUV in the Indian market in 2019. MG then gave an update to the car and brought in 6-seater MG Hector Plus in 2020. The main change was the addition of the third row of seats. Now, the new launch will have 7 seats, an additional seat in the middle order. The Hector Plus will have the same features as it’s standard model, MG Hector. The features include a panoramic sunroof, cruise control, climate control, a 10.4-inch touchscreen infotainment system and many more. The infotainment system has Apple CarPlay, Android Auto and MG’s in-car connectivity tech.

The captain seats replaced with a split-folding middle bench. The car comes with a 1.5-litre turbo-petrol and a 2.0-litre diesel engine options, both paired with a 6-speed manual transmission. The turbo petrol engine gives 143 PS and can either choose to pick a 48V mild-hybrid system with manual or a 6-speed dual-clutch automatic without the mild-hybrid tech. The diesel engine delivers 170 PS. The new Hector Plus will be available in six different trims. The price of the new car might go up 3 percent compared to the 6-seater one. New Hector 7-seater will rival the likes of Mahindra XUV500, BS6 Hexa and upcoming Tata Gravitas.

Tata launched Altroz in November 2020 as a premium hatchback car in India. It was a huge success because of its styling, 5-star Safety Rating and plenty of features. Tata Altroz tried to match with Hyundai i20 and Volkswagen Polo in the market. But, it couldn’t reach the hype as it lacked a turbo-petrol powertrain option. To catch up with the limitations the carmaker is launching the new Tata Altroz Turbo on 13th January 2021. The car is a  turbo-petrol variant of the Altroz. 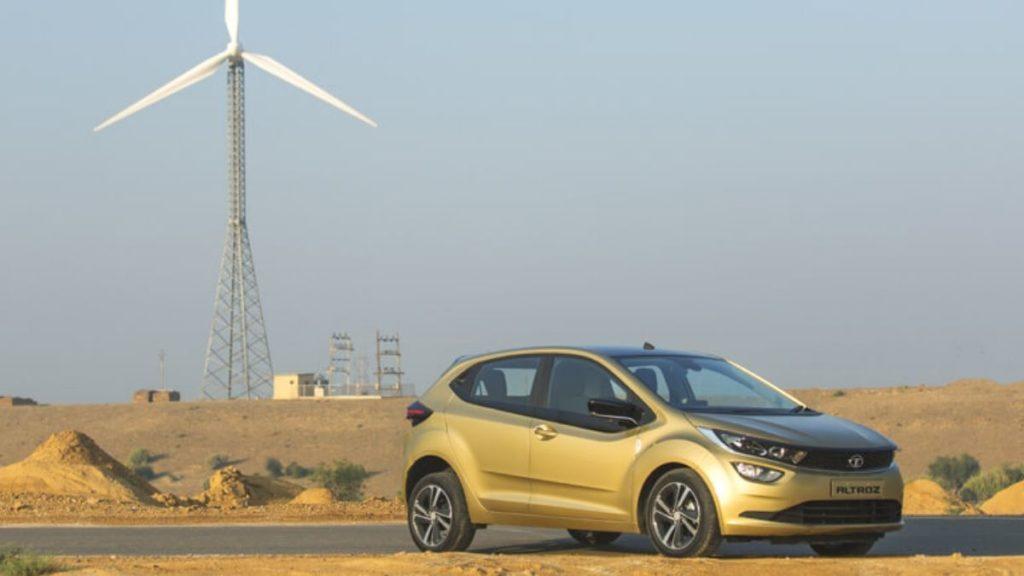 The new model is not a facelift of the Altroz. Tata Altroz Turbo will use the same turbo-petrol engine as Tata Nexon. It is a 1.2-litre turbo-petrol engine that will make 110PS and 140Nm of peak torque. It comes with a 5-speed manual and a 7-speed DCT gearbox. Other powertrain option includes a 1.2-litre naturally aspirated petrol engine that produces 85hp and 113 Nm and a 1.5-litre diesel engine. Both the engines come with a 5-speed manual transmission. Another change will be a new colour scheme, Tectonic Blue shade. The exterior will be similar to the Altroz with the name “ Turbo” on the body.

Jeep India launched Compass in India in 2017. It was a breakthrough product by the carmaker because of its price range. The customers could get a good off-roading vehicle at around ₹ 16 lakh. However, the car was far from perfect. It lacked many features when compared to other cars in the competition. The FCA announced the launch of the facelifted version of Compass on 7th January 2021. 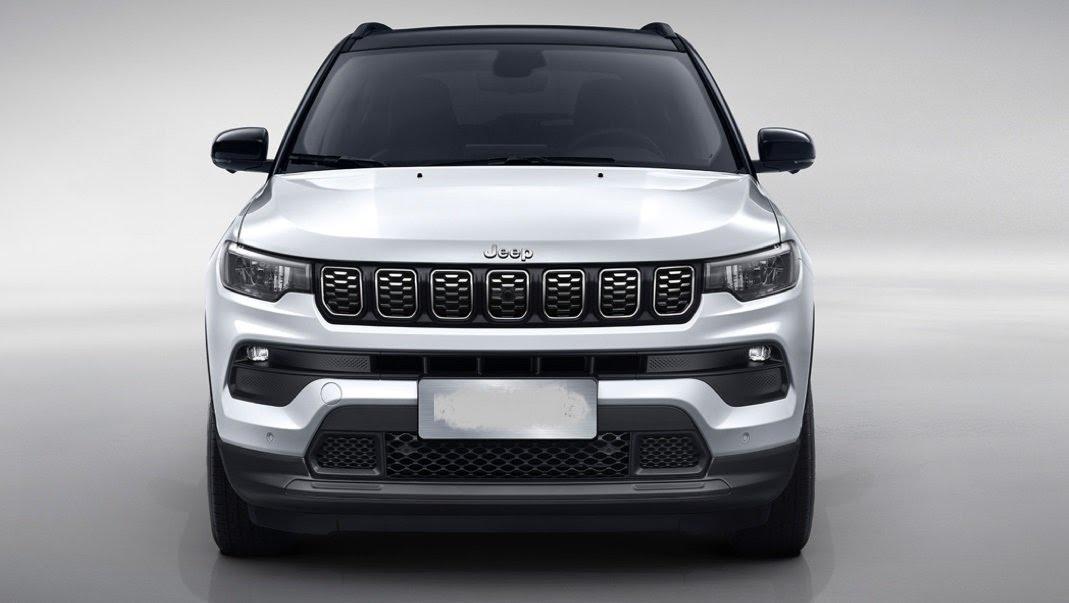 There will be a considerable change in the exterior. It will get the trademark seven-slat chrome grille, a new headlamp with DRLs, new front bumpers, new alloy wheels and revised faux skid plates. The interior will see a new 10.1-inch Digital Infotainment System with Jeep’s UConnect 5 Technology.

The new Jeep comes with a new three-spoke steering wheel. The dashboard redesigned with double-stitched leather inserts looks stunning. It will have the same engine options as before. The new Compass might come with a price tag upwards of ₹ 17 lakh. The car will compete with Skoda Karoq and the Hyundai Tucson in India.

Renault popularised the mid-size SUV segment in India with the launch of Duster. Renault is now focusing on the compact SUV segment by introducing the Renault Kiger. The carmaker will launch Kiger in January 2021. It will come under Duster in the line-up.

It uses the CMFA platform and is similar to the Trivet and the Magnite in size. The exterior has a modern headlamp position, LED DRLs on the bonnet and a headlight cluster on the bumper. The exterior

is sporty with a ground clearance of 210 mm. The interior might come with a Full-Digital Infotainment Touchscreen with Apple CarPlay and Android Auto. The Kiger drives power from a 1.0-litre naturally aspirated petrol engine. There are chances for the option of a 1.0-turbo petrol engine delivering 99hp and 160Nm. They can be either paired with a manual or a CVT. Renault will probably price Kiger above the Magnite. The new car will rival Hyundai Venue, Mahindra XUV300, Tata Nexon and Maruti Suzuki Brezza.

Toyota is focussing on the launch of the Fortuner Facelift in January. The SUV will receive a mid-life makeover with the addition of a few new features. It gets a different set of alloy wheels, and the tail-lamps are updated. The top-spec of the car can include a larger infotainment system and an a9-speaker JBL sound system. The top-spec expects to come with features like ambient lighting, a powerless charging pad, 360-degree parking camera. 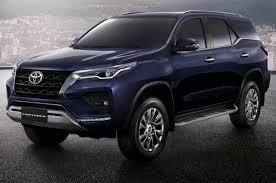 The new Fortuner will use the same engine options: 2.7-litre petrol and 2.8-litre diesel powertrains. The oil burner comes in a higher state of tune. The diesel engine currently delivers 177 PS and 420 Nm of peak torque. After the update, it might increase to 204PS and 500 Nm. The petrol will produce the same power as before, 166PS/245. The price of the new facelift model is likely to go up.

The German carmaker is launching a long-wheelbase version in the 3-series of BMW in India. The car named, BMW 3 Series Gran Limousine will be launched in January. Compared to its standard model, it has a 110mm longer wheelbase.  The front passenger and driver cannot see much difference in the interior. However, the rear space gets few updates. The features include LED headlights, a panoramic sunroof, interior mood lighting, climate control and an 8.8-inch touchscreen with BMW’s iDrive infotainment system.

The car comes with 2.0-litre  turbo petrol and diesel engine options producing 258 hp and 190 hp respectively. The Gran Limousine will cost higher than the current 3 series. The car will compete against the list of Top 7 Upcoming Cars like upcoming Audi A4 facelift and the next-Volvo S60.

The 2021 Audi A4 facelift will go on sale from 5 January. The model is produced at the Audi plant in Aurangabad. It has its base on the B9 generation model unveiled in 2016. The bookings have begun for Rs 2 lakh. Audi is offering a four-year Comprehensive Service Package on pre-bookings. The car gets a sportier visual makeover. The exterior changes include a new chrome-line Single frame grille, new LED head and tail-lamps, revised front and rear bumps. The interior highlights a redesigned centre console with an aircraft-style gear selector and a new full-width air vent pattern. 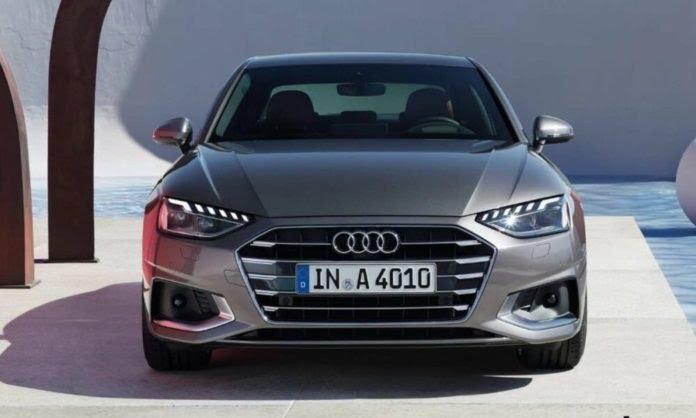 The Audi A4 comes with 2.0-litre four-cylinder turbo petrol producing 190 PS and 320 Nm. It is paired with a 7-speed dual-clutch transmission. The new Audi A4 will reach 0 to 100 kmph in 7.3 s. It gets the latest generation 10.1 inch MMO touchscreen infotainment, virtual cockpit digital instrument cluster, ambient lighting and many more. The price of the car will be around ₹40-45 lakh. It will compete against Mercedes-Benz C-Class, BW 3 Series and Jaguar XE.

Know Everything About Compact SUV Sales in Nov 2020