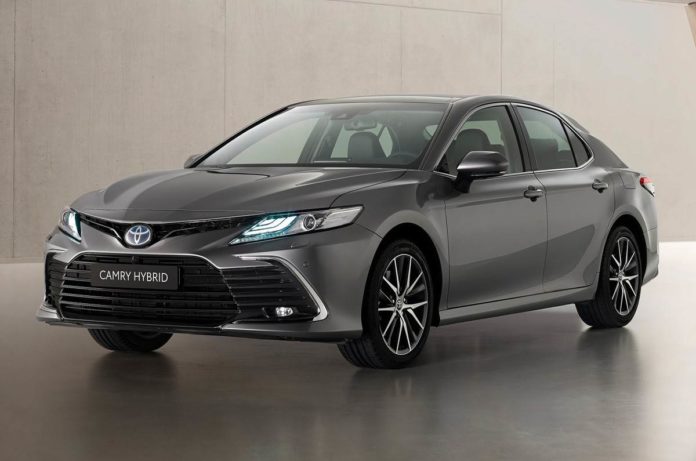 Toyota is considered the most reliable car brand, they are known to have the utmost build quality on which one can rely. The brand promise of Toyota is quality, durability and reliability. Toyota is the most consistent and dependable Car brand in India for many years.

On that note let’s check out Toyota new car launch in India 2021, with their tentative launch date, expected price and specifications.

Toyota C- HR or Coupe High Rider is one of the latest upcoming Toyota cars in India in the SUV segment. C- HR was spotted testing back in 2018. It is based on its latest modular TNGA (Toyota New Global Architecture) platform on which the next-gen Corolla is also based.

The Toyota C-HR will go against SUVs such as Jeep Compass and the upcoming MG SUV. The upcoming Toyota car in India C-HR is available in Petrol and Petrol Hybrid powertrain option.

Toyota Yaris is also known as Vios in the Philippines. Yaris is the latest in the list of Toyota new car launch in India 2021. Yaris supports a premium face look that looks similar to Lexus. The other updates include the redesigned alloy wheels, tail lamps and a new bumper. Inside there is a revised upholstery design.

The other features like cruise control, steering mounted audio controls, power driver seat, Multi-info display and a rear sunshade have been retained. The safety features include seven airbags, ABS with EVD, front and rear parking sensors as well as electronic stability control.

The Toyota Yaris in India would continue to utilize the 107 PS/ 140Nm 1.5-litre petrol engine with either a six-speed manual or CVT. Yaris will go against Honda City, Hyundai Verna, Skoda Rapid and Maruti Suzuki Ciaz.

Ciaz is the Toyota new car launch in India for 2021. Toyota Ciaz sedan will receive minor design changes along with a Toyota badge. No changes will be made to its engine.

Similar to Maruti Suzuki Ciaz, Toyota rebadged version will come with 1.3-litre multijet diesel and a new 1.5-litre petrol powertrain. The oil burner will be boosted with Suzuki’s SHVS mild-hybrid technology. Transmission choices will include a 5-speed manual and a 4-speed automatic.

It might get a new grille and headlamp inspired by the global-spec Toyota Rush SUV. Toyota Ertiga will feature the same BS6 ready 1.5-litre petrol and a new 1.5-litre diesel engine generating power worth 104 bhp with 138Nm and 94 bhp with 225 Nm respectively.

Another hybrid on the list of upcoming Toyota cars in India is the new generation Camry hybrid that was officially previewed at the 2017 North America international auto show.

The Camry will be built on Toyota’s new TNGA (Toyota new global architecture) and will receive prominent changes for a more premium look.

For power generation, the new Camry will get a 3.5 L V6, a new 2.5 L and a new generation Toyota hybrid system. These engines will be paired to a new direct shift- 8AT gearbox.

These were the cars in the segment of Toyota new car launch in India 2021.

New Hennessey Venom F5, The Fastest Car is All Set To...

A Brief Look into the Best Compact SUVs in India 2021