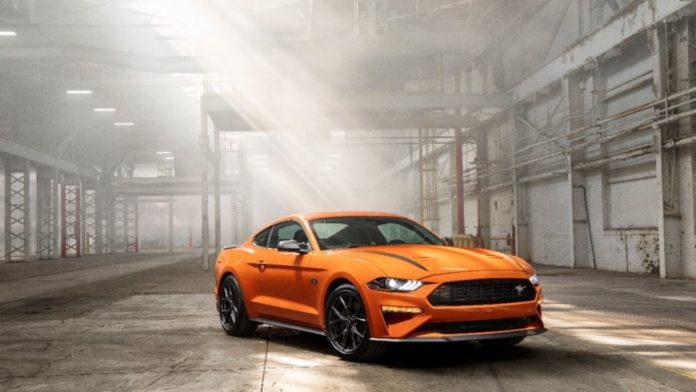 Ford motors India is all set to launch their new Ford cars in India in 2021. Ford cars are equipped with powerful engines as well as they are fuel-efficient. Here are the 5 upcoming Ford cars in India 2021 with a tentative launch date, expected price and Specifications.

On the outside of Mondeo, it will have a hexagonal grille with horizontal headlamps that sweep back towards the door. The front bonnet, bumpers and taillight will also give the car a newer and more refined look as compared to the previous model.

On the inside leather is primarily used material and it offers a rich feel to the car. The infotainment system is now fitted with a touch screen for quick access to music, map, settings and more.

The Ford Mondeo will be powered by a 1.0-Litre Ecoboost engine, the same engine found on the eco-sport. There will also be a diesel option in the form of a 1.6-litre TDCi engine as well as a 1.5-litre engine with mileage ranging from 16 to 22 kmpl depending on its powertrain

The interior of mustang will offer a new fully digital instrument cluster. With an updated touchscreen unit, updated interface and support for Apple CarPlay and Android Auto.

The Mustang will be powered by a 5.0-Litre V8 gasoline unit, which will churn out 443.8 bhp against the 395 bhp of the older model. It will now be mated to a new 10-speed automatic gearbox and will comply with BS-VI emission standards.

The Ford Kuga Is a compact–SUV that will sit between the Ford Ecosport and Ford Endeavour.

Ford Kuga is available in 2WD as well in 4WD configuration.

Ford will launch their performance-oriented Ranger Raptor pickup as CBU (completely built unit) under the government rule of importing 2,500 vehicles without going through the homologation process.

The Ranger Raptor is expected to be launched in the second half of 2021. The Ford Ranger Raptor is a 2.0-litre, 4-cylinder turbocharged diesel engine that produces 213 bhp and 500Nm of torque.

Power is transmitted to all four wheels via a 4WD system and 10-speed automatic gearbox. It comes with a terrain management system with six modes – Rock, Gravel, Grass, Snow, Climbing and Baja.

Ford is planning to introduce the Focus and Focus ST as the CBU – a completely built unit. These two models will be brought to India under the 2,500 units homologation exception rule.

The new models are rumored to be launched by the end of this year. The hatchback is expected to be offered with a 1.0-litre 3-cylinder Ecoboost petrol and a 2.0-litre turbocharged petrol engine.

It makes the power worth 125PS and 160PS. The Focus ST variant is powered by a 2.3-litre turbocharged petrol engine that is capable of producing 280PS of power and 420Nm of torque.

The hatchback is capable of going zero to 100 kmph in less than six seconds. Focus ST is likely to be offered with the automatic transmission only.

These were the top 5 upcoming Ford cars in India – 2021. Let’s see what reviews these Ford Cars would receive once they are launched.

Which is the best Toyota Urban Cruiser or Hyundai i20?