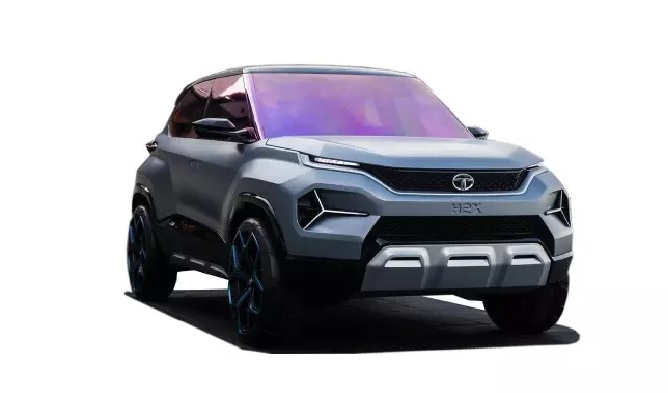 Tata Motors has planned to launch Gravitas and Tata HBX in the Indian market along with upgraded variants of their existing Altroz turbo and Altroz EV. Recently, the spy images of Tata HBX have been making rounds on the internet. The upcoming Tata HBX is a micro SUV that premiered at the Auto Expo 2020. As per Tata HBX’s latest news, the car will be launched by the end of 2020 at a very low price of around 5 lakhs. The car will be a threat to many other latest contenders like Maruti Ignis and the Mahindra KUV100 of the micro SUV category.

Tata Motors has taken inspiration from the Rhinoceros for upcoming Tata HBX. The rugged and adventure-ready HBX is similar to a rhino that is born tough and strong. That is why the manufacturers claim the car to be the one with “rhino DNA”. The built, strength, attitude, and dual-tone model exhibits power.

The HBX is expected to be equipped with two engine options like the Tata Altroz. The first one is an 86 hp, 1.2 liters, three-cylinder petrol engine. This engine is expected to perform with a 5-speed manual and 5 automatic transmission auto gearbox. The second one is the 1.2 liters, turbo petrol generating 110 hp. The turbo engine version will only have the manual gearbox.

The interiors of Tata Altroz and upcoming Tata HBX are both based on the same ALFA platform. This enables Tata HBX with more legroom, better space and premium comfort. The comfortable seating that was experienced in Tata Altroz can once again be experienced in this micro SUV.

Tata HBX will display a flat bottom, a leather-wrapped, three-spoke steering wheel that was available in the Tata Altroz, Tiago, Nexon and Togor. It will also display the same squared out AC vents with Tata’s signature dashboard layout and design. However, the hip point of the Tata HBX is more than that of Tata Altroz.

There are larger front seats and the rear seats have enough space for the comfortable seating of three adult passengers. The flat floor gives more space to the rear side passengers. Similar to the Tata Altroz, the doors will open up ninety degrees for easier entry and exit.

The car is expected to deliver a mileage of 17.18 kmpl and 18.1 kmpl for its manual and automatic transmission respectively.

Safety features in the TATA HBX

Like all the other latest Tata motors models, the HBX also has a set of similar safety features. Tata HBX will be based on the omega architecture platform which is currently shared with Nexon, Tiago, Tigor, and Altroz. So it is expected to have good safety ratings. The tata hbx specification will have the following safety features:

Camouflaged Tata HBX cars were spotted multiple times during testing. However, lately, the car has let go of the camouflage to get a better view of the front and rear sides. Tata HBX will compete with Renault Kwid, Maruti S-presso. Maruti Ignis, Hyundai Venue and Tata Nexon. With many Tata models being launched this year, it might even be a tough competition to Tata’s own inventions. The spy model reveals that the car is almost similar to Tata HBX that was previewed at Auto Expo 2020.

Tata HBX is expected to price around 4.5 lakhs – 7.5 lakhs in the Indian market. The Tata HBX booking will be somewhere in early 2021. Its competition Maruti Suzuki costs around Rs 4.89-7.23 lakhs. Mahindra KUV100 NXT is priced at Rs $.88 lakhs- 7.01 lakhs. A micro SUV at such affordable rates will definitely be a tough competition for other brands to look out for once Tata releases the official Tata HBX launch date and price in India.

Which is the best Toyota Urban Cruiser or Hyundai i20?