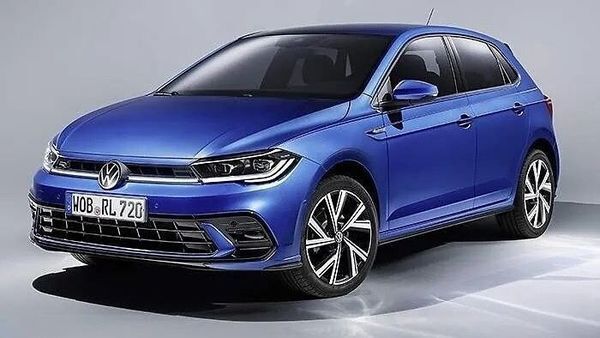 In the new Volkswagen Polo world debut, the looks are more masculine and wider and have new LED-DRLs that run across the newly designed front grille. The headlamp clusters also look modern and are now full LED. The front bumper is supported with an ancillary grille with a broad U-shaped design which adds a sporty look to the hatchback.

The new dual crease is below the window line which gives the new Volkswagen Polo a distinct look. The two-section LED tail lights are the new feature added, along with that there are other such elements like the roof-mounted spoiler, centre-placed polo badging and the non-functional exhaust tips which blend well with the overall design of the hatchback.

The most notable changes inside the new Volkswagen Polo world debut is the cabin. It is larger and has a 9.2-inch infotainment system with wireless smartphone connectivity. It also includes a 6.5-inch audio system, a newly designed steering wheel, an 8-inch fully digital driver display, Bluetooth mobile phone interface and heated and electrically adjustable ORVMs.

If you go to higher variants of Volkswagen Polo it will have features like touch operation air-conditioning system, C-type USB ports for rear passengers, centre armrest and leather trim on the steering wheel fill-up the compact cabin.

The new Volkswagen  Polo will also offer the functions like adaptive cruise control, Lane assist and centre airbag. The new Polo is powered by a 1.0 L naturally aspirated and 1.0 L TSI engine. Its transmission includes a five-speed manual for the former and a six-speed manual and seven-speed DSG unit.

There is no official word from Volkswagen that when the Polo will launch in India but it will come soon. Volkswagen currently offers Polo hatchback in India with two engine options and is priced between Rs.6.01 lakh to Rs.9.92 lakh (ex-showroom).