Honda Cars India Ltd. (City RS Hatchback) is a leading car manufacturing company in India. It is a subsidiary of Honda Motor Co.Ltd. Established in 1995 with the idea of making Honda’s passenger cars available to Indian customers, Honda gradually made its name in the country. The first plant of HCIL in India was at Greater Noida, set up in 1997.

The initial capacity of the plant was 30000 cars., which increased to 50000 cars per year. By July 2017, the sales touched over 17000 cars per month. This was because of the huge success of WR-V. The Honda City was also a game-changer in the market. Honda then set up their second plant in the Alwar district of Rajasthan.

The Honda cars in India are:

It is a subcompact car that marked its entry into the Indian market in 1995. It was first launched in 1998. Since then, it has remained the flag- bearer of the brand. The carmaker launched an all-new Honda City in 2020. 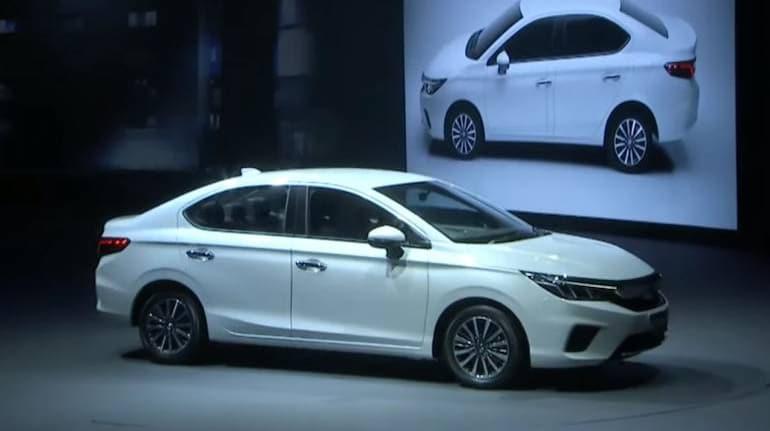 The 1998 Honda City had two different engine options of 1.3 litres and 1.5 litres. The i-VTEC technology gave Honda City a minor facelift. Round fog lamps on the bumper made the car look more premium.

The next model of Honda City ( second generation) appeared in 2003. It was popularly called ‘Dolphin’ due to its shape. The straight lines became more rounded. It came with a 1.5-litre i-DSI engine, generating a maximum of 77Bhp.

The second-generation Honda City got an update in 2005, which was extremely popular. It had design changes and ABS. After a year, the carmaker all-new Honda City in 2008. This time, there were massive changes in the design. It had a sportier look, larger headlamps and deep creases.

Honda City Sv is the petrol version of the Honda City lineup. The car price is around  Rs. 9.30 lakh. The Honda City SV gives a mileage of 17.4 kmpl. It is available in manual transmission. 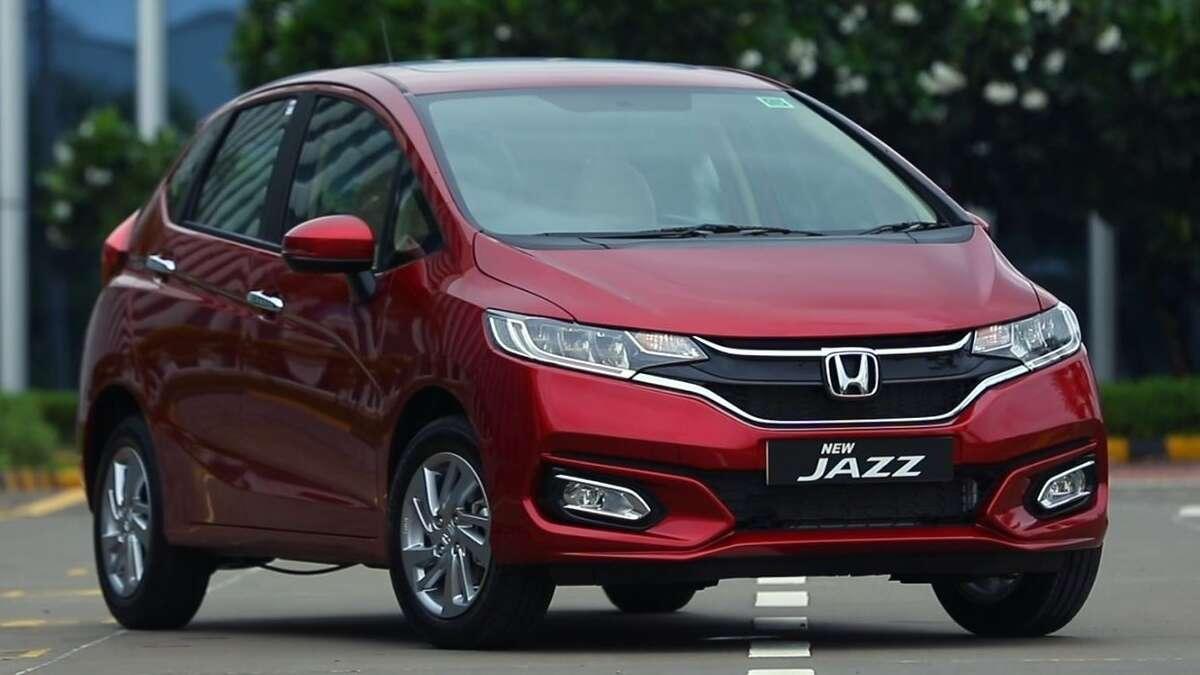 The first innings of Jazz were not so successful because of the increased price of petrol. However, Jazz was again launched in 2015 with a 1.5 litre Diesel I DTEC engine.

This car was available in India from early 2001. It was in the sedan segment. The second-generation Honda Accord came in 2004. The new accord had a 2.4-litre i-VTEC engine. It was sportier and was spacious.

The third-generation Honda Accord, 2008, had all-new proportions.  The engine delivered around 178bhp of power and 222Nm of peak torque. In 2009, Honda updated the third Generation Accord V6. It got a facelift in India from 2011 till 2014. The last generation of the Honda Accord in India was Hybrid, launched in 2016.

Honda introduced CR-V more than a decade ago. It lost the competition as it lacked the diesel version. Honda launched its fifth-generation model for India in 2013. 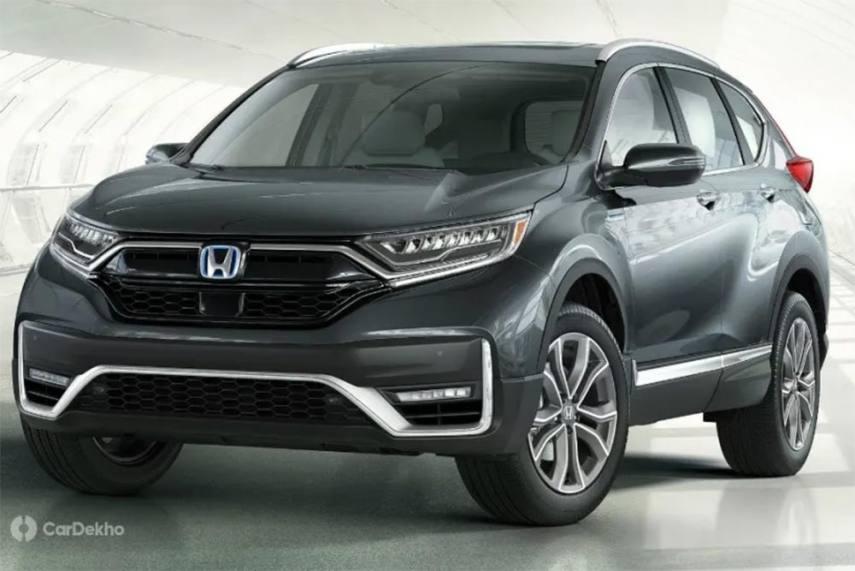 Honda is planning to launch the diesel version in December 2020. CR-V is now a full-size SUV with 7 seats. It has other features like automatic climate control, cruise control, touch screen infotainment system, six airbags, ABS with EBD and a lot more.

Honda Amaze is one of the best Honda cars in India. It is a compact sedan by Honda. The carmaker launched the first generation of Honda Amaze in 2013. There were four trim levels: E, EX, S and VX. They also added new trim, SX variant in January 2014. 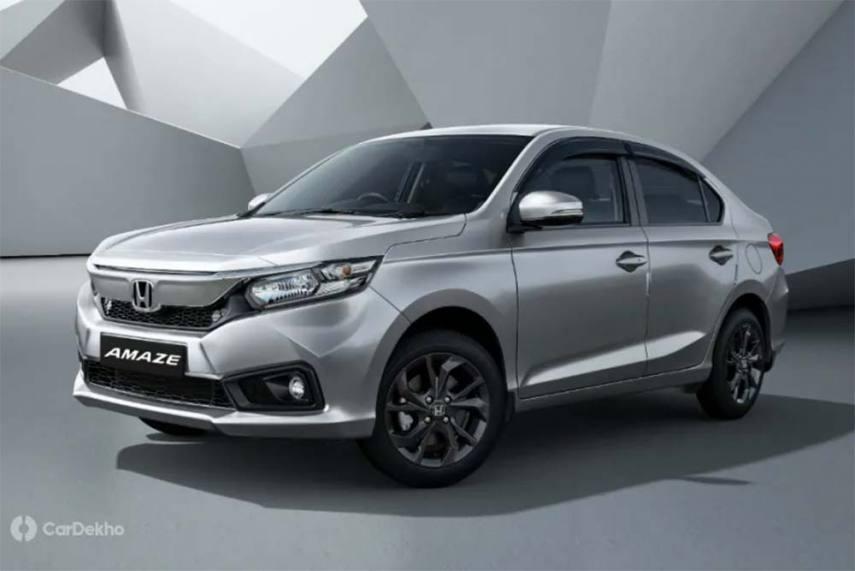 Some of the Standout Features of Honda Amaze:

It is a subcompact crossover SUV among the other Honda cars in India. The carmaker launched the WR-V on March 16, 2017. The car resembled it’s sibling Jazz and shared the same platform. It had a sportier look compared to its hatchback sibling. 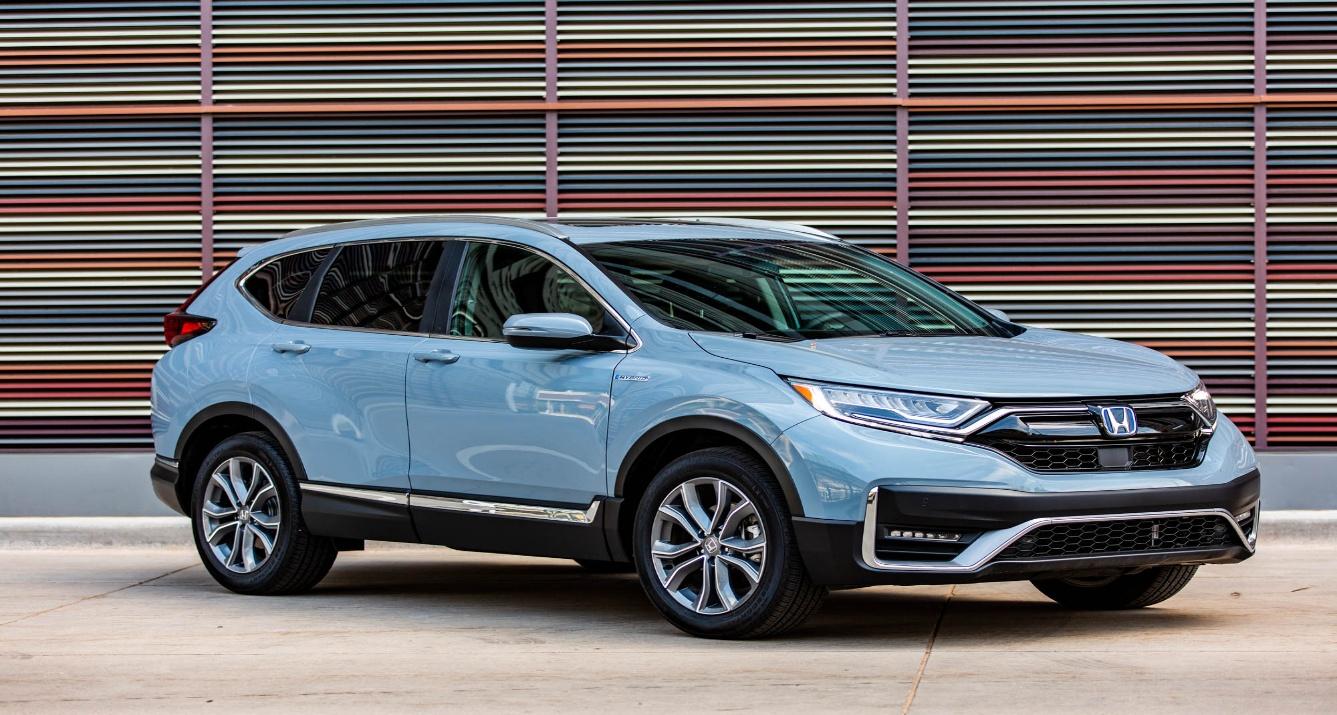 The second most loved Honda car in India, after Honda City, is the Civic. Honda Civic so far has 10 generation models. 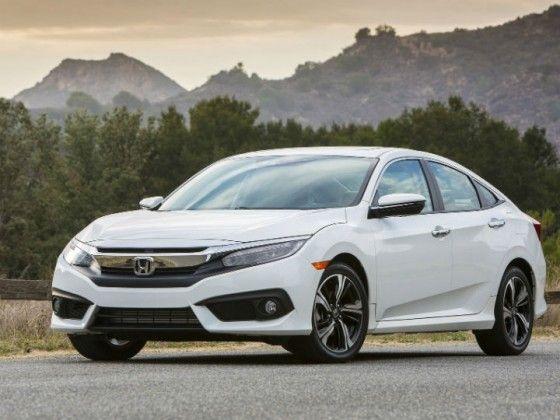 In its 10th generation, Civic looks larger and sportier. It is also available in both petrol and diesel engine options. The new Honda Civic launched in 2020 competes against the Skoda Octavia, Toyota Corolla Altis and Hyundai Elantra.

The exterior of Civic is quite good, especially the curves. The diesel engine-gearbox combo is one of the strongest points of the new model. The slick-shifting 6-speed manual transmission is like icing on the cake.

The Honda City got its hatchback recently. It will replace the third-generation Jazz in the market. However, the carmaker is yet to announce Honda City RS hatchback launch in India 2020. It will first go on sale in Thailand. Honda said that they will continue to sell the petrol variants of Honda City SV and V with BS6 compliant 1.5-litre petrol engine with manual transmission. 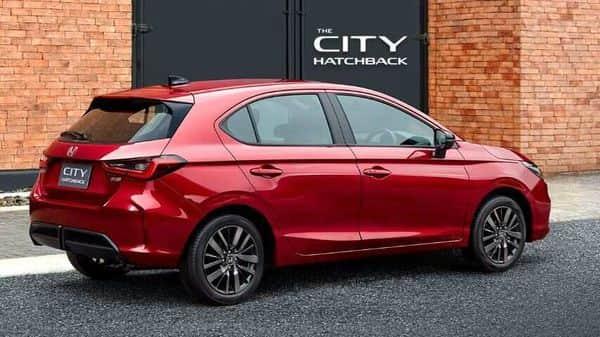 The City RS hatchback launch in India will share its body panels with the latest-generation City sedan. Both cars share the same platform.  The images of the new car feature wide, horizontally placed tail-lamps, giving a rounded well proportionate appearance.

The City RS gets a stylish bumper at the rear with vertically placed faux air vents. The faux air vents are in turn placed along with a contrast black rear faux diffuser. The images show a sporty design with a blacked-out grille and dark chrome-finished 16-inch alloy wheels.

The interior is almost similar to the City RS Turbo sedan. The small include new rear seats that can split 60:40, that is foldable to increase boot space. 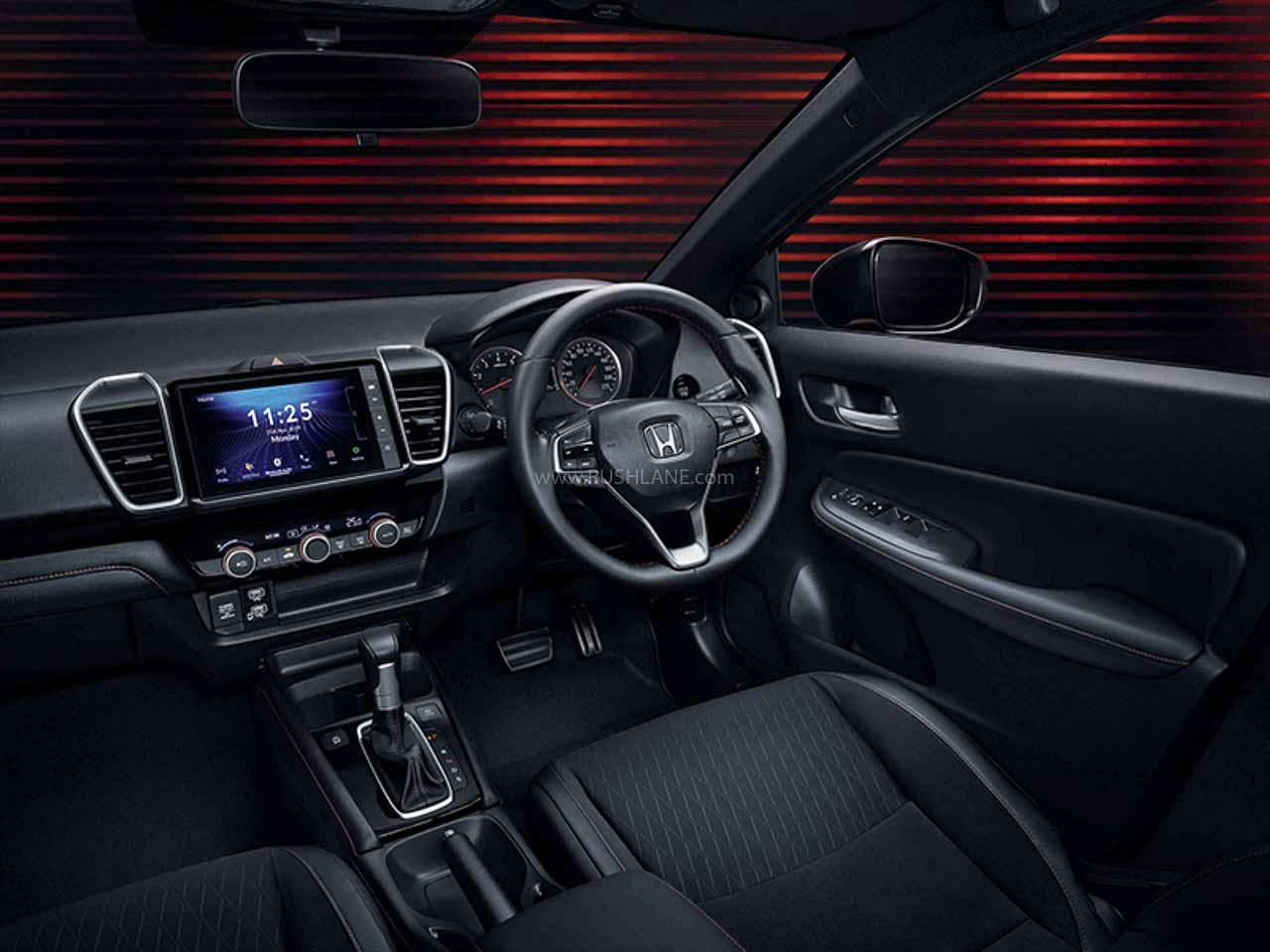 It has an 8- inch touchscreen infotainment system with Apple CarPlay and Android Auto. Other features include keyless entry, push-button start/stop, climate and cruise control, etc.

The hatchback comes with a 1.0-litre turbo-petrol engine. The engine delivers 122 hp. All its power comes through a CVT gearbox. Honda might offer other powertrain options based on the markets.

If the car manages to make it to the country,  the City RS hatchback launch in India price will sit at the top of the lineup. Honda might charge Rs 75,000 to Rs 1 lakh, which is more than the regular CVT petrol.

New Car VS Used Car – Which one should I buy?